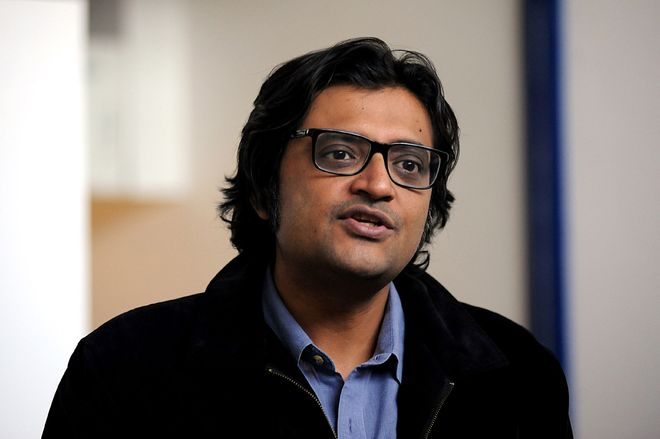 Faced with contempt proceedings for threatening Arnab Goswami for moving the Supreme Court over breach of privilege proceedings initiated against the Republic TV Editor-in-Chief, the Maharashtra Assembly Assistant Secretary on Tuesday said the controversial letter was issued at the instance of the Speaker.

The Bench was told that the Maharashtra Legislative Assembly Secretary wrote a letter to Goswami on October 13 threatening him for "breaching" confidentiality of privilege proceedings by moving the top court.

Senior advocate Dushyant Dave, representing the Maharashtra Assembly Assistant Secretary, told a Bench, headed by Chief Justice of India SA Bobde, that no contempt was made out as there was no attempt to obstruct the administration of justice in issuing the letter to Arnab.

On behalf of Arnab, senior advocate Harish Salve urged the top court to issue a notice to the Speaker. Dave opposed Salve’s submission even as Amicus Curiae Arvind Datar supported Speaker being issued a notice as the Assistant Secretary of the Assembly was only acting as an agent of the Speaker.

“The Speaker shouldn’t argue tomorrow that he wasn’t heard by this court,” said the CJI and adjourned the matter for two weeks.

The Supreme Court had on November 6 issued contempt of court notice to the Maharashtra Legislative Assembly Secretary for threatening Goswami. “Can any authority in the country penalise someone for approaching this court? This is in the teeth of Article 32. How dare this officer write something like this in his letter?” the CJI had asked.