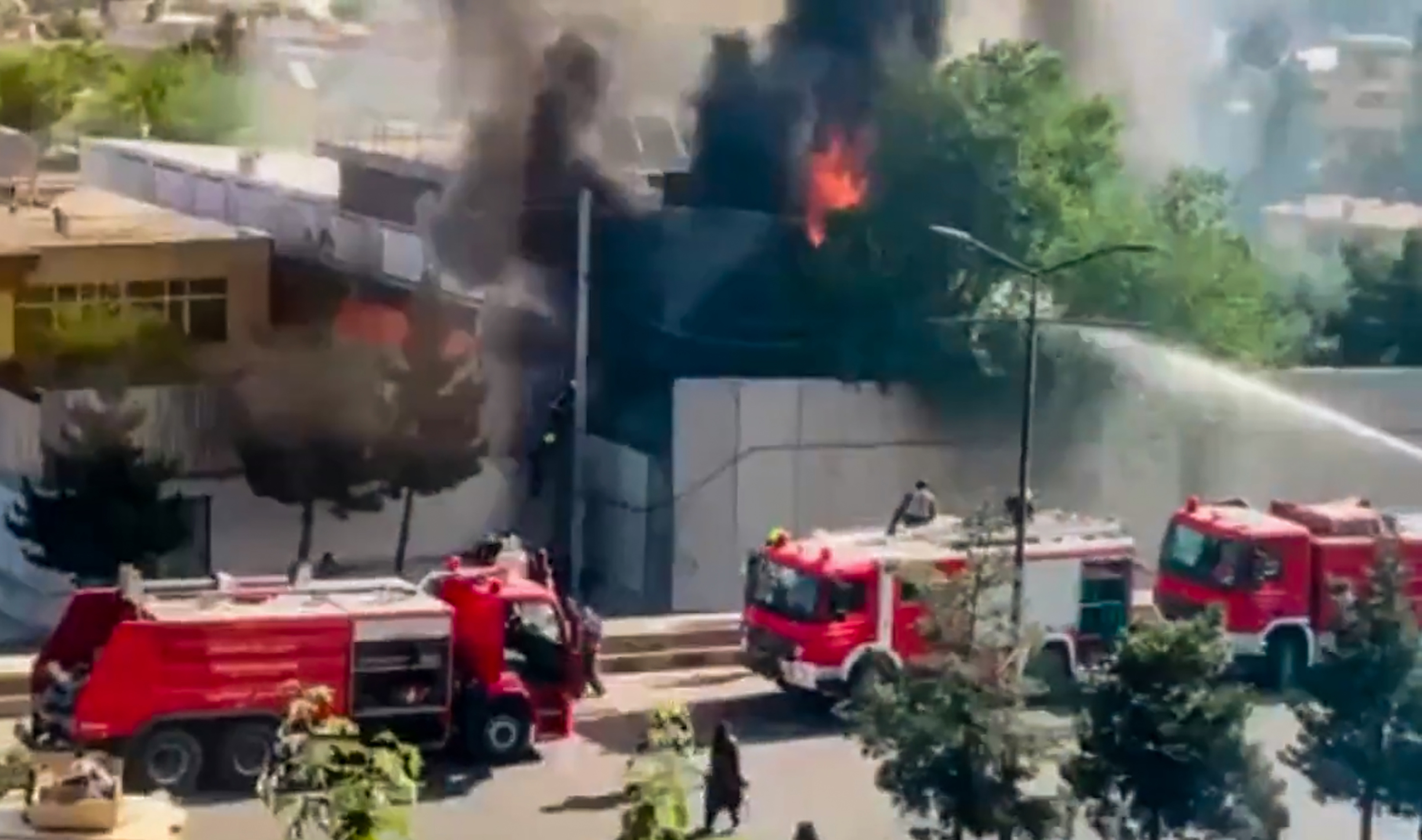 Fire tenders at the site of the explosion at a gurdwara in Kabul. PTI

Several blasts ripped through the prominent Gurdwara Karte Parwan in Kabul as worshippers gathered for morning prayers on Saturday, killing two persons, including a Sikh, and injuring seven. The toll could have been higher, but prompt action by security forces thwarted an attempt to drive an explosive-laden vehicle into the gurdwara where 30 Hindus and Sikhs had huddled for safety after the explosions.

A gunfight between the terrorists and Taliban fighters ensued and the attackers were killed, said a Taliban official. At least one member of the Taliban security force and a 60-year-old Afghan Sikh, Sawinder Singh of Ghazni, were killed. As per a report, three attackers were killed by the Taliban. The gurdwara building was completely damaged after the explosions at 7.15 am local time, sending plumes of black smoke in the sky.

After the site had been sanitised, videos showed Guru Granth Sahib being evacuated from the gurdwara to the residence of prominent Afghan Sikh Gurnam Singh under the watch of Taliban gunmen.

After the March 2020 attack, a handful of families who could not financially afford to leave are left in Kabul, Jalalabad and Ghazni.

Attacks by ISIS (K) have intensified after the takeover of Kabul by its Sunni rivals, the Taliban. The latest attack coincided with ISKP’s mouthpiece al-Azaim Foundation releasing a 12-page statement that criticises India for “anti-Prophet” remarks and vowing attacks.

External Affairs Minister S Jaishankar said, “The cowardly attack should be condemned in the strongest terms by all. We are closely monitoring the situation. Our first and foremost concern is the welfare of the community.”

“These attacks are alarming. I request the Prime Minister to ensure the well-being and security of Hindus and Sikhs in Islamic nations,” said Sikh leader Manjit Singh GK.