In virtual presence of President Kovind, CJI, law minister and others, Venugopal says Supreme Court of India should hear only constitutional cases 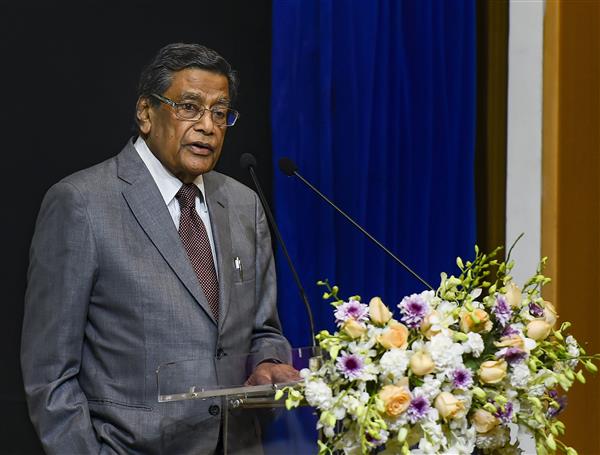 As the pendency of cases in the Supreme Court keeps rising, Attorney General KK Venugopal on Thursday suggested structural change in the Judiciary to set up four Courts of Appeal to hear appeals from the high courts and to make the top court a truly constitutional court.

He pointed out that at present the Supreme Court was hearing 400 different categories of cases, including matrimonial matters, landlord-tenant disputes, bails, matters and land acquisition cases, which the apex court of other countries don’t even touch. Because of this, there were arrears even in criminal matters, he added.

“Now, we can start with a clean slate and the Supreme Court as the apex constitutional court of the country should be burdened with only constitutional cases. Then, as against the 75,000 cases at present, it would have to cater to only 2,000 to 3,000 cases per year,” Venugopal said.

Citing a research done by a scholar from Yale University, he said the majority of cases filed in the Supreme Court came from the northern states, and Tamil Nadu, Karnataka and the other southern states accounted for only 1% to 2% of the litigation.

“This is on account of distance and the difficulty in engaging a counsel...so to ensure access of justice to all equally, it would be desirable to have four Benches of the Court of Appeal, with 15 judges each, sitting across the country,” Venugopal suggested.