The ED in April provisionally attached assets worth more than Rs 11.15 crore of Raut's wife Varsha Raut and two of his associates as part of this investigation 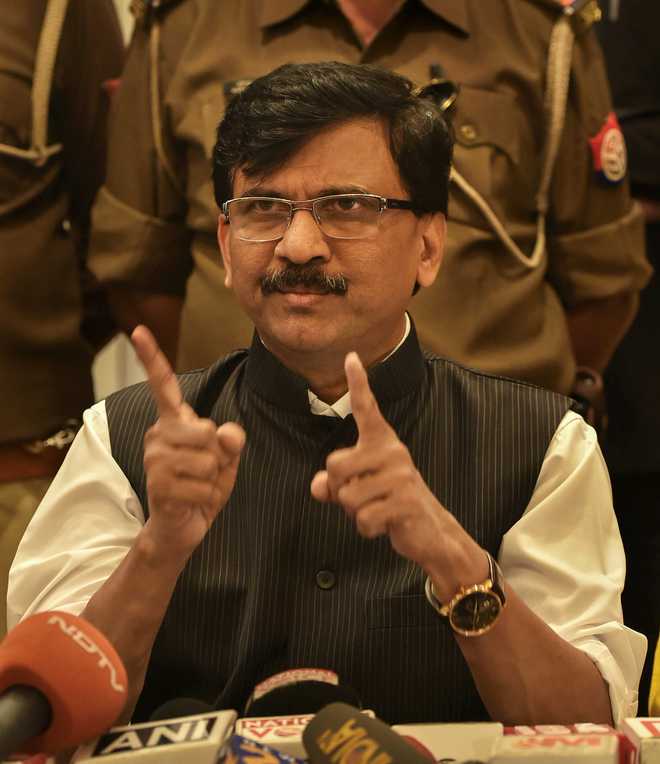 The ED has summoned Shiv Sena MP Sanjay Raut on Tuesday for questioning in a money-laundering probe linked to the redevelopment of a Mumbai ‘chawl’ and other related financial transactions involving his wife and friends, officials said.

The Rajya Sabha MP, who has been asked to depose before the Enforcement Directorate at its office in south Mumbai and record his statement under the Prevention of Money Laundering Act (PMLA), termed the summons a conspiracy and said, “Arrest me”.

The development comes as the Shiv Sena battles rebellion from a group of its MLAs, putting a question mark on the future of Maharashtra’s Maha Vikas Aghadi (MVA) Government. Rebel Shiv Sena legislators, who were first taken to Surat, are now camping in Assam’s Guwahati.

“I just came to know that the ED has summoned me.

“Good! There are big political developments in Maharashtra. We, Balasaheb’s Shivsainiks, are fighting a big battle. This is a conspiracy to stop me. Even if you behead me, I won’t take the Guwahati route.

“Arrest me! Jai Hind!” a defiant Raut said on Twitter.

In April, the ED provisionally attached assets worth over Rs 11.15 crore of Raut’s wife Varsha Raut and two of his associates as part of this investigation.