'Manish Sisodia to blame': Ex-LG on irregularities in excise policy : The Tribune India 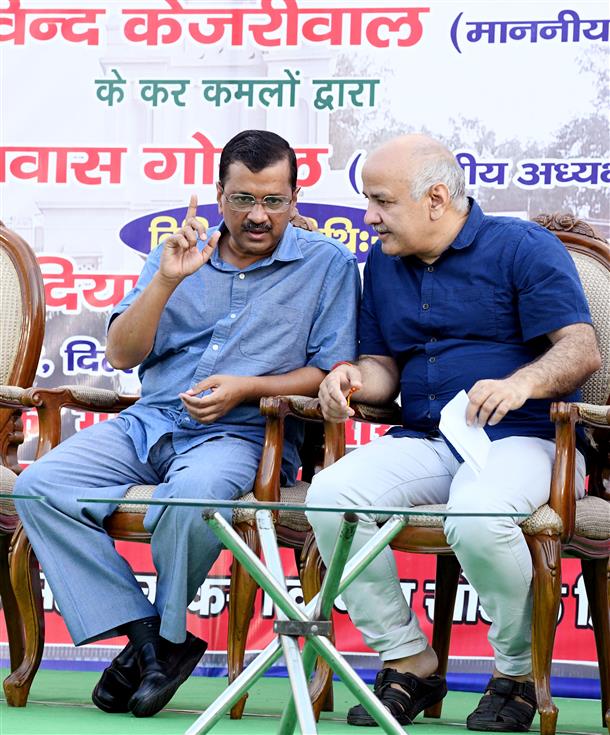 Breaking his silence over the charges levelled against him by Deputy CM Manish Sisodia in connection with alleged irregularities in the implementation of the Delhi Excise Policy 2021-22, former Lieutenant Governor Anil Baijal today rejected the allegations as “baseless and motivated”.

Why he deliberately caused so much loss to the government and gave undue favours to selected licensees? Delhi Govt statement

Sisodia is trying to find alibi for his acts of commission and omission. The charges are nothing but blatant lies. Anil Baijal, Delhi Ex-LG

In a statement, Baijal said the charges against him were an attempt by Sisodia “to save his own skin”. Sisodia, who also holds the excise portfolio in the Arvind Kejriwal government, had last Saturday accused Baijal, the then LG, of changing his stand on the excise policy and blocking liquor vends in non-conforming areas of Delhi by putting a condition. He had said Baijal’s decision “benefitted” some licensees while causing “losses” worth thousands of crores to the Delhi Government.

Responding to Baijal’s statement, the Delhi Government said, “The ex-LG needs to answer what made him change his stand just 48 hours before opening of the shops? Why did he deliberately cause so much loss to the government and gave undue favours to selected licensees? Who forced him to take a stand against the policy passed by the Cabinet and the LG himself?”