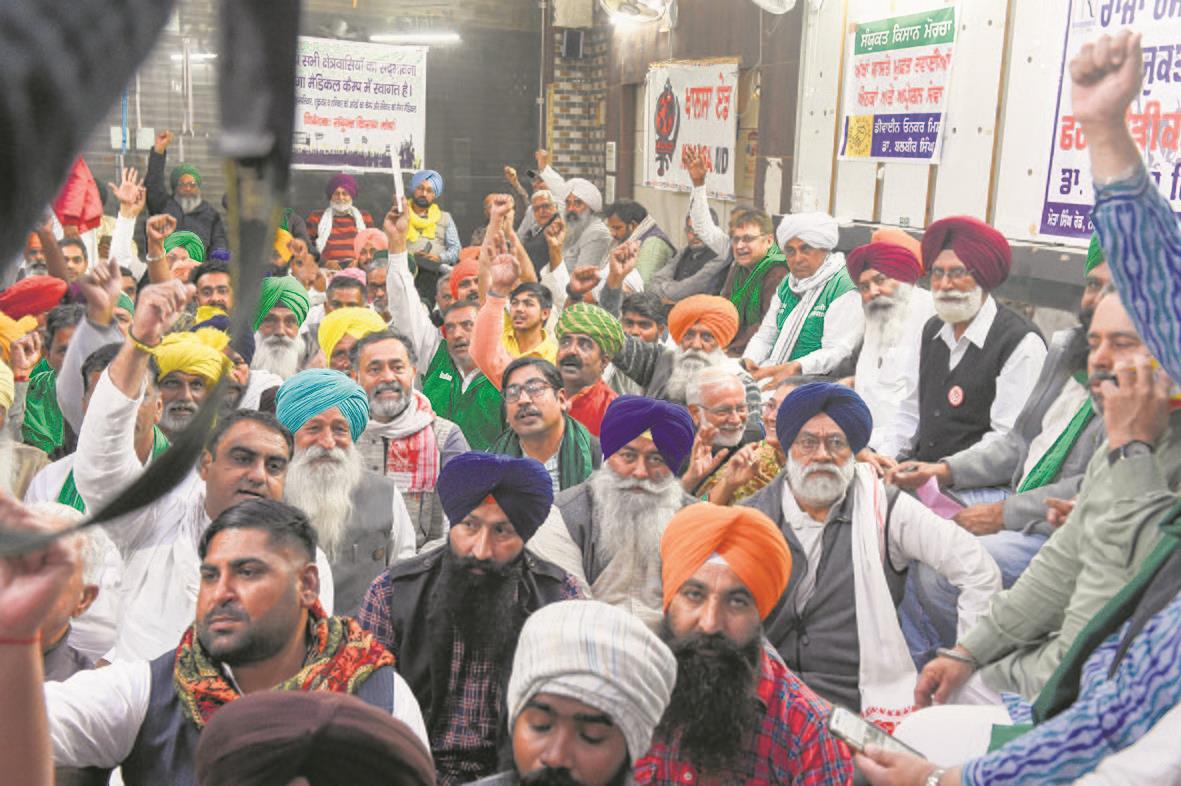 Farmers at a meeting in Singhu.

The Samyukt Kisan Morcha (SKM) on Sunday wrote to PM Narendra Modi, listing six demands, including legal guarantee for MSP, withdrawal of cases against farmers and land at Singhu to raise a memorial to those who died during the protest.

It said the farm agitation would continue till the demands were met.

Noting that the PM had opted for a “unilateral declaration rather than a bilateral solution,” it demanded withdrawal of the proposed Electricity Amendment Bill (2020-2021), removal of penal provisions in the Commission for Air Quality Management in the National Capital Region and Adjoining Areas Act-2021, withdrawal of cases against farmers in Delhi, Haryana, Uttar Pradesh and other states, sacking of MoS (Home) Ajay Mishra whose son is an accused in the Lakhimpur Kheri killings, land at Singhu to raise a memorial to 700 farmers who died during the agitation and compensation for their families. On Mishra, the letter read: “Ajay Mishra Teni is roaming free and remains a minister in your Cabinet. He is sharing the stage with you and other senior ministers. He should be sacked and arrested.” — TNS