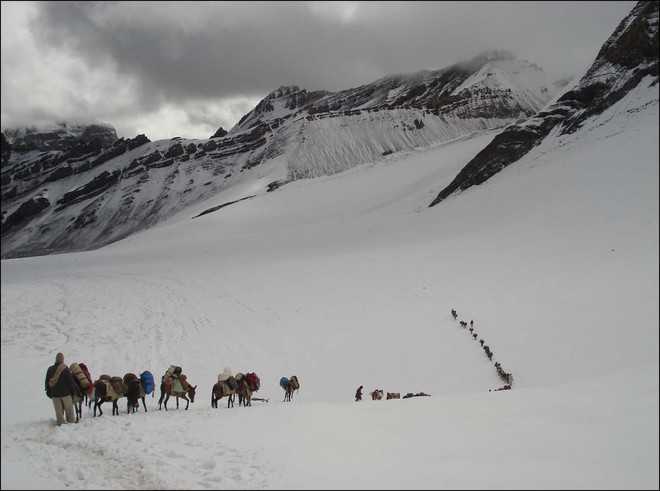 CAG laid the report on Union Government (Defence Services)-Army in the Rajya Sabha but failed to lay it in Lok Sabha.Tribune file photo

Indian Army troops do not have snow glasses and multi-purpose boots to wear and requisite sanctioned food to eat in high altitude areas in Siachen and Ladakh, thus exposing them to inclement weather causing ailments due to extreme cold conditions, the Comptroller and Auditor General (CAG) has said in a report.

The report also states the calorie intake of the troops is compromised as high as 82 per cent.

CAG laid the report on Union Government (Defence Services)-Army in the Rajya Sabha but failed to lay it in Lok Sabha. This stopped Comptroller and Auditor General Rajiv Mehrishi from releasing the report.

But sources in Rajya Sabha, who accessed the report, claimed that the audit highlights the condition of Indian Army in high altitude areas.

The shortage in snow goggles is between 62 per cent to 98 per cent exposing soldiers' faces and eyes to extreme weather in high altitude areas. Worse, the troops had to wear old and used multi-purpose boots after the force did not received boots between November 2015 and September 2016.

The situation is very pathetic, said sources adding that the troops who are deployed at high altitude guarding Indian borders are given old versions of face masks, jackets and sleeping bags. "The troops are deprived from the benefits of using improved products," the CAG report stated.

The report also highlight that the lack of research and development by defence laboratories led to continued dependence on import.

Further, for the troops posted in high altitudes, special scales of rations are authorised to meet their daily energy requirements. But substitutes in lieu of scaled items were authorised on cost to cost basis, which resulted in supply of reduced quantity of substitutes.

This compromised the calorie intake of the troops by as high as 82 per cent.

At Leh station the CAG found that special ration items were shown as issued to troops for consumption without their actual receipts.