Southwest monsoon unlikely to retreat from northwest India by September-end 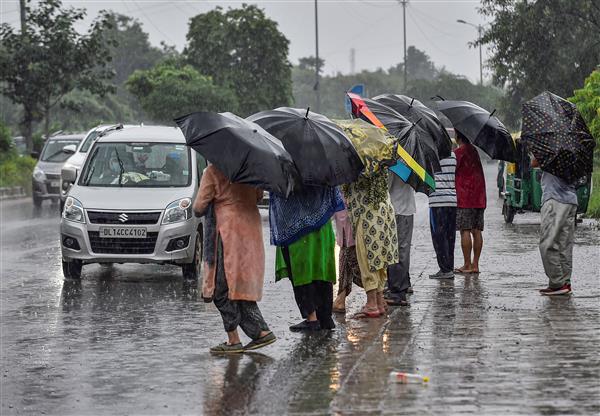 Pedestrians use umbrellas to shield themselves from rain in New Delhi on Thursday. PTI phot

The country will witness an extended monsoon spell this year as rainfall activity over north India shows no sign of decline till the end of September.

According to the India Meteorological Department (IMD), southwest monsoon withdrawal from northwest India takes place if there's a cessation of rainfall activity over the area for five continuous days.

An anticyclonic wind has to form over the lower troposphere, and there should also be a considerable reduction in moisture content.

“There are no signs of monsoon withdrawal from north India for the next 10 days,” IMD Director General Mrutunjay Mohapatra said.

Last year, the IMD had revised the date for the withdrawal of monsoon from northwest India by nearly a fortnight. This was done keeping in mind the trend of a delayed retreat of monsoon observed over the last few years.

A delayed withdrawal of monsoon also means a delayed onset of winter.

Officially, the southwest monsoon season starts on June 1 and lasts till September 30. — PTI