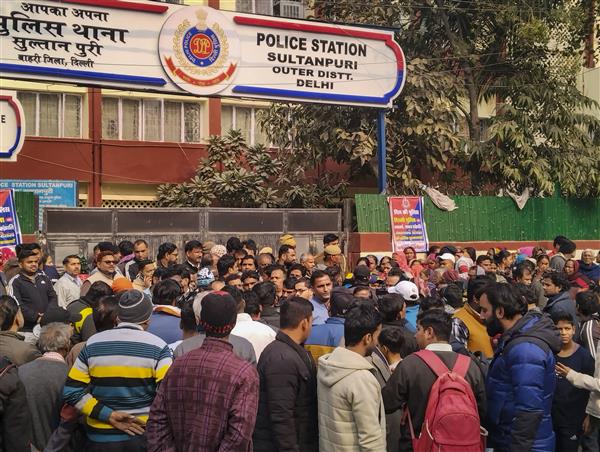 Special Commissioner of Police Shalini Singh with her team has inspected the 12-km-long stretch from Sultanpuri to Kanjhawala along which a 20-year-old woman was dragged after her two-wheeler was hit by a car in outer Delhi, police said on Tuesday.

Union Home Minister Amit Shah has sought a detailed report of the incident from Delhi Police.

Delhi Police have constituted an inquiry committee, headed by Special Commissioner Shalini Singh, and asked her to submit a report as early as possible.

A senior police officer said that as part of the inquiry, Singh with her team on Monday night visited the crime scene and inspected the stretch of road in outer Delhi, where the woman was dragged by a car after she got stuck under it.

According to sources, the team's primary responsibility is to do an analysis of the stretch and suggest improvements to prevent similar incidents from occurring.

It will also be looking if all Standard Operating Procedures were followed by the police and whether they responded in time to the incident, and on the basis of the outcome, assign responsibility.

"After it has done its analysis and recorded statements of police personnel who were the first responders, a detailed report will be submitted which may also include suggestions such as if extra lights, patrolling vehicles, and CCTVs need to be installed along the stretch," said a source.

The woman, who was the sole breadwinner of her family, was dragged for 12 kilometres under the car on the December 31 night and was found naked by a road in Kanjhawala, according to police.

Five men who were allegedly in the car were booked for culpable homicide among other sections on Monday even as the police came under charges of conducting a "shoddy investigation".

All five accused were sent to a three-day police custody on Monday.