Structure of legal profession feudal, patriarchal and not accommodating of women: CJI Chandrachud : The Tribune India

Structure of legal profession feudal, patriarchal and not accommodating of women: CJI Chandrachud 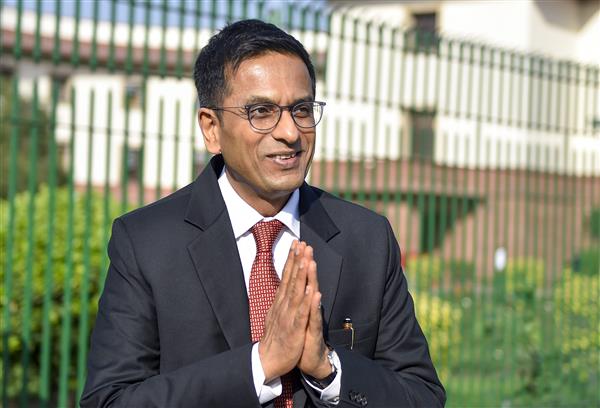 Chief Justice of India D Y Chandrachud on Saturday said the structure of legal profession is “feudal, patriarchal and not accommodating of women” and there is a need to have a democratised and merit-based process for entry of more women and marginalised sections of society.

Justice Chandrachud, who took charge as CJI on Wednesday, said there are numerous challenges before the judiciary and first among them is of expectation as every social and legal matter and a large number of political issues come within the jurisdiction of the Supreme Court.

“The structure of the legal profession even today across India is feudal, patriarchal and not accommodating of women,” the CJI, who is known for expressing candid views, said at the Hindustan Times Leadership Summit.

“So when we talk of having more women in the judiciary, it’s equally necessary for us to lay building blocks for the future by creating access to women now. The first step is entering the chambers of senior lawyers which is an old boys club,” he said.

He said the live streaming of court proceedings was a new experiment that gave an insight into what technology can do to transform the legal system and said proceedings of high courts and district judiciary should also be live streamed.

“One of the greatest dangers in a Constitutional democracy is the danger of being opaque. When you open up your process you generate a degree of accountability, transparency and generate a sense of responsiveness to the needs of the citizens,” he said.

On the issue of comparison between the Indian Supreme Court and the US Supreme Court, CJI Chandrachud said it is important not to equate the apex court here with that of other developed countries because “we have a uniquely Indian structure for our institutions”.

“Many of the cases which we deal with do not necessarily come in newspapers or cases which are considered significant enough to be dealt with on social media. These are routine cases.

“So the question is should a Supreme Court judge in which the country has invested so much be dealing with small cases like pension and maintenance. My answer is yes because that is indeed the role of the Supreme Court,” he said.

Chandrachud said the ability of courts to thrive as a judicial institution in a democracy lies in the confidence that it generates in the minds of the people.

The CJI said judges often come across as old-fashioned because of black gowns and the imposing regalia.

“When you combine that with a sonorous voice and legal language it can be a heady combination for utter boredom. But to borrow that song by Doris Day and Frank Sinatra - ‘We are among the very young at heart’,” he said.