The curative petition filed by ‘Roots in Kashmir’ 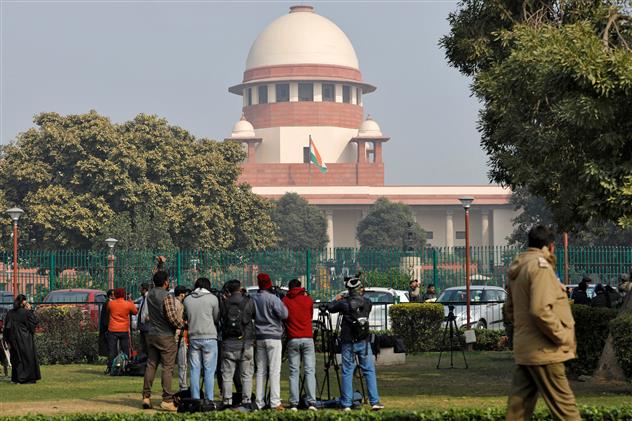 The Supreme Court has dismissed a curative petition seeking a probe by CBI/NIA or any other court-appointed agency into the alleged mass murders and genocide of Kashmiri Pandits in Jammu and Kashmir during 1989-90.

“We have gone through the Curative Petition and the connected documents. In our opinion, no case is made out within the parameters indicated in the decision of this Court in Rupa Ashok Hurra v. Ashok Hurra,” a Bench of Chief Justice of India DY Chandrachud, Justice Sanjay Kishan Kaul and Justice S Abdul Nazeer said, dismissing the curative petition filed by ‘Roots in Kashmir’.

The order dated November 22 was uploaded on the top court’s website recently.

“No evidence will be available after 27 years. What happened is heart wrenching but we can’t pass orders now,” the top court had said on July 24, 2017 while dismissing the main petition. Thereafter, on October 24, 2017 it also dismissed the petitioner’s review petition.

However, citing the re-opening of anti-Sikh riots after 35 years, the petitioner had in its curative petition contended that no limitation period was applicable in crimes against humanity and in cases of genocide and ethnic cleansing.

Questioning the court’s 2017 order dismissing its petition for a probe into ‘ethnic clinging’ of Kashmiri Pandits, the curative petition alleged that the J&K Police miserably failed to make any progress in hundreds of FIRs pending with them.

Curative petitions—a judicially devised mechanism in Rupa Ashok Hurra versus Ashok Hurra (2002) by the Supreme Court—are considered to be the last hope for a litigant to get justice. Generally, a curative petition is not taken up in open court and is heard by circulation among the members of the Bench. However, in exceptional cases, the top court can grant an open court hearing.

“The instances referred in the petition pertain to the year 1989-90, and more than 27 years have passed by since then. No fruitful purpose would emerge, as the evidence is unlikely to be available at this late juncture,” the top court had said in its April 27, 2017 order.

The curative petition had cited a 2018 Delhi order in a case relating to the 1984 anti-Sikh riots against former Delhi Congress leader Sajjan Kumar in which it had said: “It’s important to assure those countless victims waiting patiently that despite the challenges, truth will prevail and justice will be done...” Kumar – who was convicted in the case is currently serving a life term in Tihar Jail.

On September 2, the Supreme Court had refused to entertain a PIL seeking direction to the government to rehabilitate/resettle Kashmiri Hindus and Sikhs, including those who migrated since 1990 from Kashmir to any other part of India due to terrorism. However, it had given liberty to the petitioner NGO to approach the Central government and the Union Territory of Jammu and Kashmir with the grievances.

On September 19 this year, the top court had refused to entertain a petition seeking a probe into the killing of a Kashmiri Pandit in 1989, saying the petitioner can move the high court for relief. Petitioner Ashutosh Taploo, whose father Tika Lal Taploo was killed by JKLF militants in 1989, wanted the top court to order a probe into it.