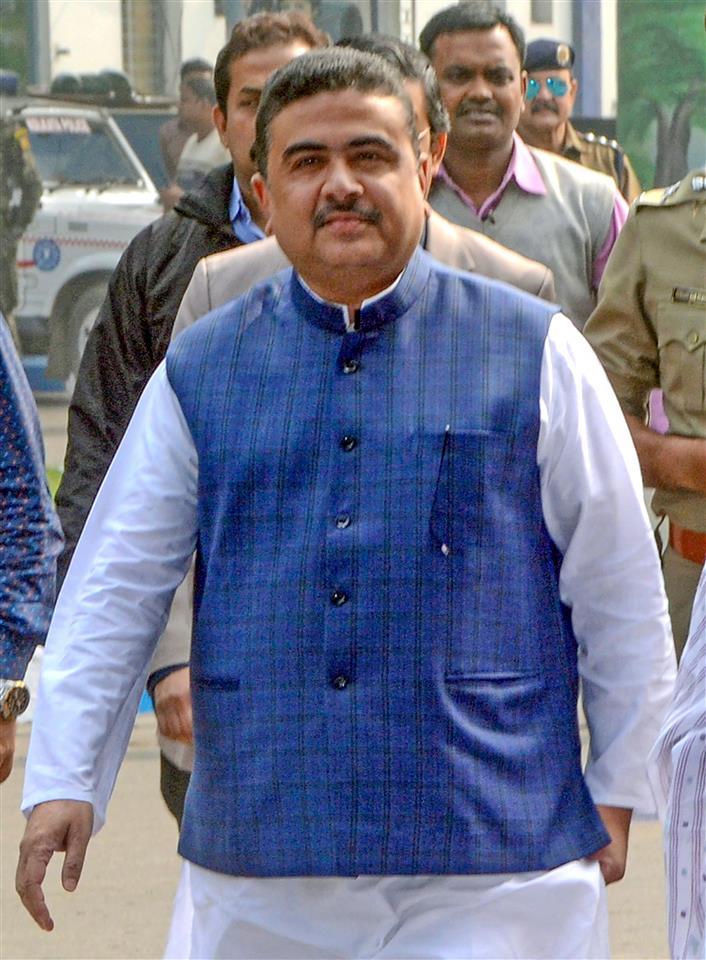 BJP leader Suvendu Adhikari filed a petition before the Calcutta High Court on Wednesday, seeking direction to the West Bengal Police for providing him protection in view of alleged aggression and attack on him and his supporters by workers of the ruling Trinamool Congress.

He claimed that he has been the subject of spiteful aggression launched by TMC since he left the party. — PTI