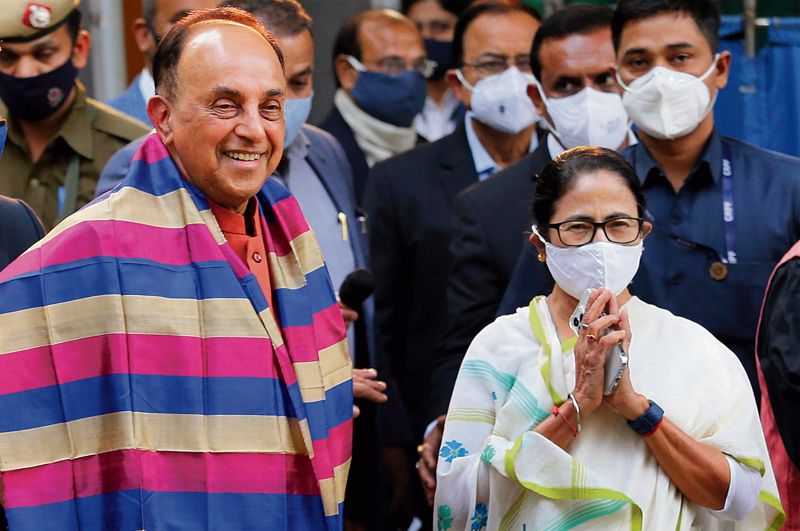 BJP Rajya Sabha member Subramanian Swamy today met West Bengal Chief Minister Mamata Banerjee at the Delhi residence of her nephew Abhishek amid speculation that he would join the TMC. This did not happen.

“I was already with her. There is no need for me to join the party,” he said. Later, he put out a tweet saying, “Of all the politicians I have met or worked with, Mamata Banerjee ranks with JP (Jayaprakash Narayan), Morarji Desai, Rajiv Gandhi, Chandrashekhar and PV Narasimha Rao, who meant what they said and said what they meant. In Indian politics, it’s a rare quality.”— TNS

Mamata Banerjee on Wednesday invited PM Modi to inaugurate the Bengal Global Business Summit to be held in Kolkata in April next year. The PM accepted the invitation, the CM said.