Tales of soldiers' valour to be added to school curriculum : The Tribune India

Tales of soldiers' valour to be added to school curriculum 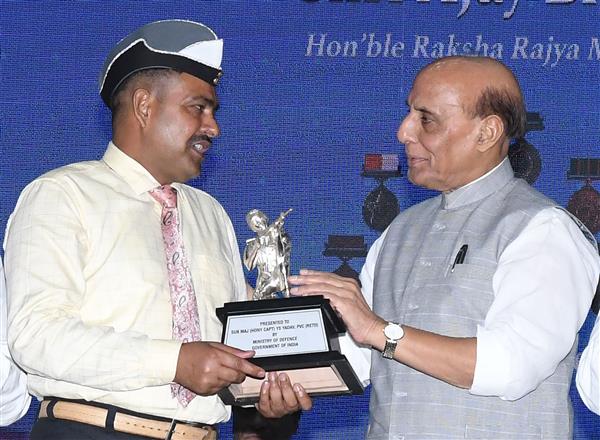 The BJP-led NDA government on Friday said the valour of Indian soldiers would be made a part of the school curriculum. Union Education Minister Dharmendra Pradhan made the announcement on the occasion of the felicitation of 25 winners of “Veer Gatha” contest wherein school students were to submit essay, poem or drawing entries celebrating freedom fighters and the gallantry of armed forces personnel.

Subedar Major (Honorary Captain) Yogendra Yadav narrated his real-life story of the Kargil war where he overcame all odds and played a central role in capturing Tiger Hill, which was one of the turning points in India’s historic victory.

“These fearless freedom fighters and armed forces personnel come from different parts of the country and belong to different religions. But, one thing that is common among them is their love for India,” Defence Minister Rajnath Singh said.

‘Veer Gatha’ contest (SUPER-25) was part of ‘Azadi Ka Amrit Mahotsav’ and was organised to inspire awareness among children about freedom fighters and gallantry award winners. In the nationwide competition from October 21 to November 20, 2021, over 8.04 lakh students from 4,788 schools participated with 25 being awarded today. Each winner got a prize of Rs 10,000, a medal and a certificate.