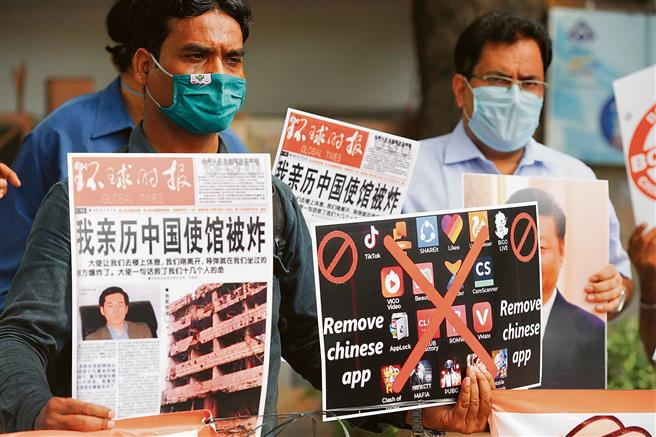 Protesters hold placards against use of Chinese mobile applications in New Delhi on Tuesday. AFP

Even as the Lt General-level Commanders of India and China were locked in yet another marathon meeting on Tuesday discussing the disengagement, the assessment on the Indian side was “to be ready for a long haul”.

Military developments in the past three-four days indicate that there could be no immediate let-up along the 826-km Line of Actual Control (LAC) in Ladakh. The series of meetings have not led to anything that can be called “de-escalation” or stepping towards status quo ante as on the first week of May. The third round of meeting at Chushul was on till 10 pm.

The Indian Government has the responsibility to uphold the legitimate and legal rights of the international investors, including the Chinese ones.

The movement of the People’s Liberation Army (PLA) of China in the past three-four days has raised a “red flag” at New Delhi. “The present posturing could stretch till winter. Let’s see if the PLA is ready for a winter at those altitudes where the valleys are in excess of 13,000 feet and the peaks are even higher,” a senior functionary explained.

The latest inputs from Indian agencies using a slew of methods, including satellite imagery, show additional structures have been built by the PLA. More war-like stores, including vehicles, tanks, guns and even cutting-edge missile regiments, of the PLA have been making their way towards the LAC. India has matched the PLA in terms of numbers and equipment. 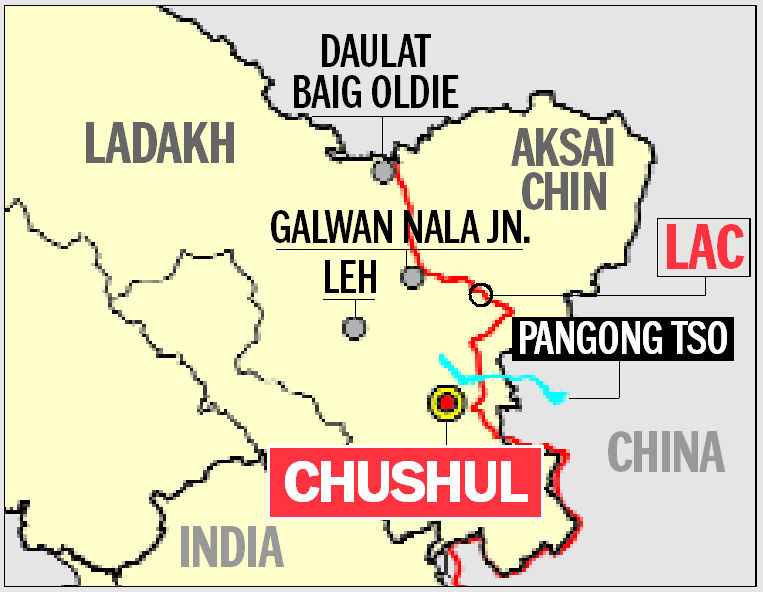 Also at the Depsang plains further north of Galwan towards the Karakoram pass, there has been a movement of additional troops in the past 10 days. The strategic airfield of Daulat Beg Oldie (DBO) is less than 25 km from the Chinese posts in the Depsang sector.

The past two meetings on June 6 and June 22 of Lt General-level Commanders did not yield the desired results, leading to mistrust on the Indian side.

After the June 6 meeting, a deadly clash occurred on the night intervening June 15 and 16 at the Galwan valley, leading to 20 Indian troops getting killed in action while an unspecified number of PLA men got killed as well.

At the second round of talks on June 22, the Commanders decided to work out the modalities on the ground to disengage troops and withdraw their heavy military equipment, including fighter jets and tanks, from the LAC.

Two days after showing some signs of moving back, the PLA was back to making structures.

Posturing may stretch till winter