Didi asks Jharkhand CM to campaign for her 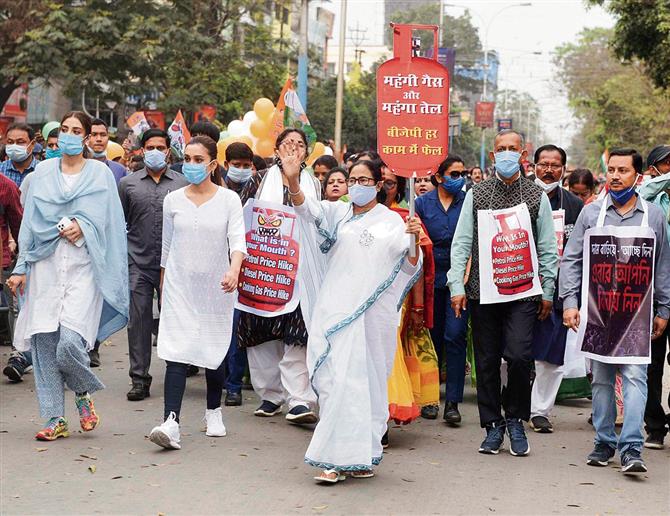 West Bengal Chief Minister Mamata Banerjee on Sunday led a parallel rally against the BJP-ruled Centre, attacking it for the rising cost of petrol, diesel and cooking gas.

Undertaking a foot march in Siliguri, where she was accompanied by prominent women leaders of the ruling Trinamool, the CM said Prime Minister Narendra Modi was habituated to “selling dreams.” She was responding to the PM, who called for “ashol poriborton (real change)” during his mega rally in Kolkata today.

“Modiji is calling for poriborton. All I want to tell him is – poriborton will happen, but only in Delhi,” said the TMC chief, fiercely defending her turf amid a massive blitzkrieg by the BJP. Mamata also asked the PM why he did not travel to Bengal even once during the pandemic. “At that time you did virtual events and today you are selling fake dreams here,” she remarked. — TNS