Third temple vandalised in Oz in fortnight : The Tribune India 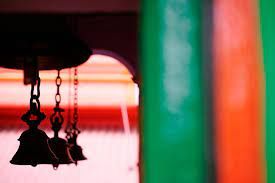 Melbourne: In the third such incident in a fortnight, Hare Krishna Temple in Melbourne’s Albert Park was vandalised allegedly by “Khalistani supporters” with anti-India graffiti, according to a media report. A complaint has been filed with the Victoria Police and CCTV footage was provided to assist them in their pursuit of the culprits.

“We are shocked and outraged with this blatant disregard for respect for the place of worship,” Bhakta Das, director of communication for ISKCON temple, said.

Earlier this month, Shri Shiva Vishnu Temple in Carrum Downs, Victoria, and Swaminarayan Temple in Melbourne were vandalised in a similar manner.