For a student of history, the past is not a mystery but a vital resource that can inform us for today and the tomorrows to come: Mahesh Rangarajan 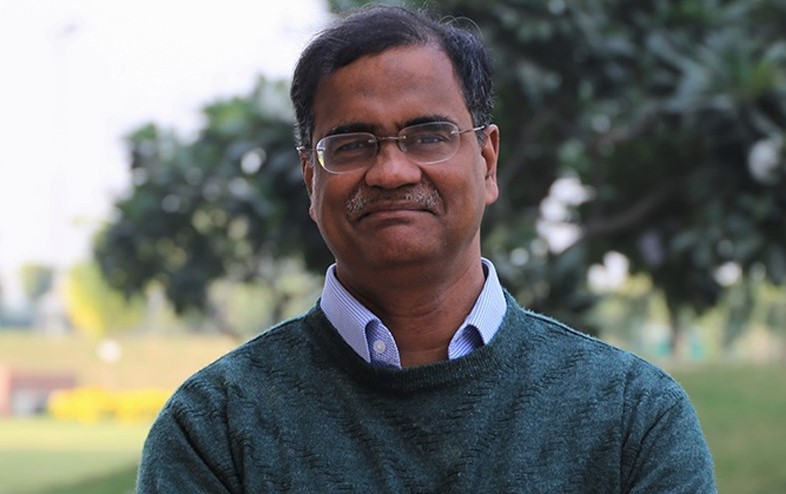 The American Historical Association has announced the winners for 2021. Vice Chancellor and Professor of History and Environmental Studies, Krea University, Mahesh Rangarajan (former HoD, Ashoka University), has been made the 'Honorary Foreign Member' of the society for exhaustive work in his academic field. The previous honorary overseas members from India include eminent historians Sir Jadunath Sarkar, Prof Romila Thapar and Prof Ramachandra Guha. An author and co-author of several books and papers, Rangarajan talks to The Tribune on the honour, his work, history and its correlation with the past, present and future of environment, upcoming COP-26 and also the manmade disaster unfolding in ecologically-sensitive Kerala and Uttarakhand.

What does this honour mean to you? What do you think is its significance for the country?

It is a recognition for my teachers at the universities of Delhi and Oxford where I studied and for my colleagues now at Krea University and also at Ashoka and Delhi University where I taught earlier; equally so for students and fellow researchers. The scholarship of history in India is not new but environmental themes have picked up pace in the last few decades. My own work on forests and wildlife, nature and nationalism, ecology and empire is only one of a rich mosaic of work by many.

History and environmental studies: how have you correlated the diverse subjects in your works?

The search for peace with nature is a major challenge of our times. It also requires us to ask when and where the battles with and about nature began or when there have been times of peace and cooperation. So, the lion was common enough near Delhi to be shot in 1857-58 but by 1900 was only found in and near Gir in Gujarat. Tigers were shot for sport till just about fifty years ago when a nationwide effort came in the nick of time. Regional pride helped the former and kind of ecological patriotism in the “Indian” tiger helped the latter.

But we also face ironies. Forests are vital for livelihood but the Adivasis and marginal people were seen most so in the British imperial era as destroyers. Kipling's Mowgli grew up (in the novel) to be a forest guard. How do we get over our mindset? For a student of history, the past is not a mystery but a vital resource in terms of stories that can inform us for today and the tomorrows to come. Historians have studied states, society and economy: ecology and environment are now vital to the wider picture. In rethinking the role and relations with nature you may need to revisit much else besides.

In today's context of certain changes in climate, how does your work help in bringing awareness?

Scholarship, if accessible, can and will influence public debate. For me the book ‘Environmental issues in India, a reader’ and the Hindi version were a big learning as these issues came up in first year university students’ lives. It was an edited collection. There is no direct link but there is a large efflorescence of such scholarship and it is inspired by movements for change. Climate change is not to be seen in isolation. The nitrogen cycle and its changes are as important as the carbon cycle. Vanishing species affect the life support system. Chemical contamination means there are very few cultures across the skies in India. The question is why and how all this happened and how there can be corrections. As you say, awareness of the past can inform us for the future.

What is the solution for man-made disasters unfolding in ecologically sensitive states like Kerala and Uttarakhand?

It is not the task of a historian to suggest answers. It is to help inform us to ask better questions. Most of all we may wish to ask how a land and water scape that has sustained humans for centuries, even millennia in south Asia, often becomes unsafe and unlivable. Some of the drivers such as permanent construction on the sea shore at the water’s edge or in areas prone to floods are very recent. So, there is a need to learn critically from the past. In other cases, as with satellite imagery and modern climate studies, we may have to draw on recent insights. There is no silver bullet, only intelligent approaches; and no one easy answer but knowledge-based adaptation.

Your views on the upcoming COP-26 and India's stand vis-a-vis developed nations.

The planet is one but the fossil fuel age means different nations, indeed different sets of people affect the biosphere in vastly different ways. How to get cleaner energy may need sharing knowledge, and technology. But it also means keeping the energy poor and resource poor in the picture and not imposing new burdens on them. There is now more resolve across the world but we may need to rethink a lot of basics. What is growth for? What kind of economic growth can lessen destruction of the life support systems?

Over the past few years there has been a raging debate over India's history and how it has been portrayed. As a historian, what is your opinion?

Debate is always welcome. There is no one way to write history since human society has many aspects and dimensions. To me environmental history is as much about cultures, economies, states and people as it is about animals, mountains, cities and rivers. It helps to have a sense of both curiosity and humility, both important in a discipline where we have more to learn than all that we know.