‘Treat them as martyrs’:  IMA publishes list of 382 doctors who died of COVID 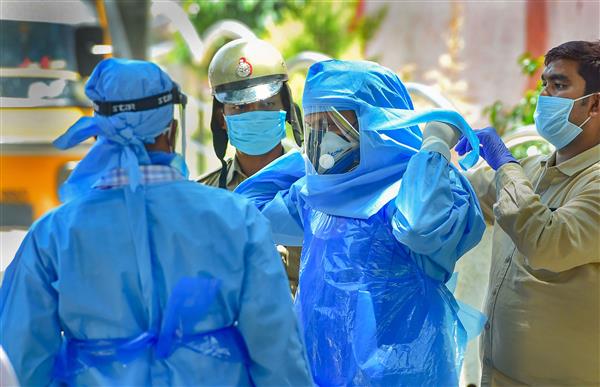 The Indian Medical Association on Thursday published a list of 382 doctors — some as young as 27 years — who succumbed to COVID 19 in the line of duty and demanded adequate compensation for their families.

IMA in a statement also demanded that doctors who died of COVID be treated as martyrs for purposes of compensation.

It came down heavily on the Health Minister for not sharing the COVID mortality among doctors and said this reeked is government indifference. “IMA hereby publishes the list of Indian doctors who died in the pandemic due to Covid 19. We demand they be acknowledged and treated as martyrs. Their families and children deserve solace and from the Government. IMA also urges the Government to seek data from the representatives of nurses and other healthcare workers,” IMA president Rajan Sharma wrote to the government.

“To feign that doctor death data doesn’t merit the attention of the nation is abominable. If the Government doesn’t maintain the statistics of total number of doctors and health care workers infected by Covid 19 and the statistics of how many of them sacrificed their life due to the pandemic, it loses the moral authority to administer the Epidemic Act, 1897, and the Disaster Management Act. This also exposes the hypocrisy of calling them corona warriors on one hand and denying them and their families the status and benefits of martyrdom,” Sharma said.

IMA also questioned MoS for Health Ashwini Kumar Choubey for stating before Parliament that public health comes under states and so the insurance compensation data is not available with the Union Government.

This amounts to abdication of duty and abandonment of the national heroes who have stood up for our people, said IMA.