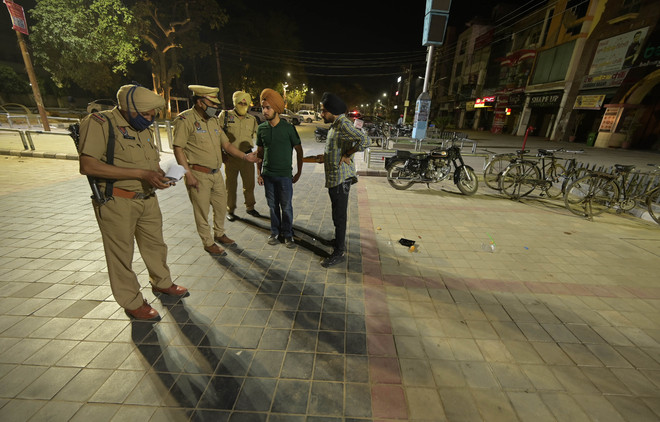 Ludhiana district, which was once again emerging the Covid capital of the state with the rapid rise in the daily new cases and deaths since Saturday, has ranked third in the state in the ongoing Covid vaccination drive with the coverage of 1,364 per lakh population so far, official figures have stated.

When it comes to the first dose coverage of healthcare workers (HCWs), Ludhiana shared fourth rank with Jalandhar in the state, with 57 per cent achievement. Gurdaspur topped the state with maximum 68 per cent coverage of the HCWs, Hoshiarpur stood second with 63 per cent, and Faridkot ranked third with 59 per cent coverage. The state average was recorded at 47 per cent.

The districts with over 50 per cent coverage included Moga 55, Tarn Taran 51 and Amritsar 50.

Those below 50 per cent coverage included Pathankot 47, Nawanshahr 45, Mohali 43, Ropar 41, Bathinda 39, Patiala 37, Fatehgarh Sahib 36, Kapurthala 35, Muktsar 35, Mansa and Barnala 29 each, Ferozepur and Fazilka 27 each, and Sangrur remained the laggard with the minimum of 25 per cent HCWs given the first jab so far.

In vaccinating frontline workers (FLWs) with first dose, Ferozepur topped the state with maximum 67 per cent coverage, Tarn Taran second with 63, and Fazilka and Gurdaspur shared the third slot with 57 per cent coverage each. The state average on this front remained 49 per cent.

While Ludhiana remained poor with only 41 per cent coverage of FLWs with first dose, Jalandhar recorded 55 per cent, Mohali 54, Muktsar 52, Amritsar 51, Pathankot 47, Nawanshahr 46, Mansa, Bathinda, Fatehgarh Sahib 45 each, Moga and Kapurthala 42 per cent each.

Those even behind Ludhiana included Sangrur 39 per cent, Patiala 38, Faridkot 36, Ropar 33, and Barnala remained worst performer with minimum 29 per cent coverage of FLWs with first vaccine jab.