UP: 17-year-old boy dies after being 'thrashed' by police for violating corona curfew : The Tribune India

UP: 17-year-old boy dies after being 'thrashed' by police for violating corona curfew 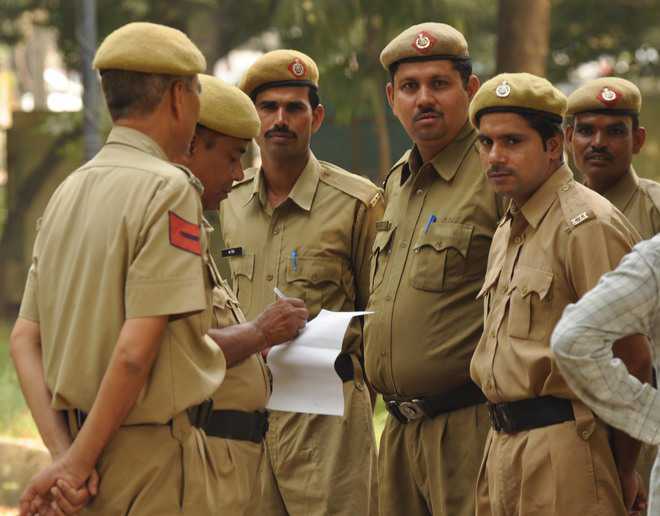 A 17-year-old boy died Friday after he was allegedly beaten up by the police here for "violating" the ongoing ‘corona curfew' in the state, his family claimed, following which a constable was suspended and a homeguard jawan sacked.

The incident took place in Bhatpuri locality in Bangarmau area when the boy was selling vegetable outside his house.

The police said in a statement that an FIR will be registered against the policemen involved and the entire matter probed.

His family alleged that the boy was caught by a constable for allegedly violating 'corona curfew' and thrashed with a stick.

He was later taken to a police station, where he was again thrashed following which his condition deteriorated and he was rushed to the Community Health Centre, where he was declared dead, the family alleged.

Agitated with the police action, the locals created a jam at Lucknow road crossing, demanding action against the guilty, a government job and compensation for the victim's family.

Later, the police said in a statement, "Constable Vijay Chodhury has been suspended with immediate effect in the matter and services of homeguard Satyaprakash have been terminated. The entire matter will be probed and an FIR will be registered against the policemen."

Senior officers are reaching the spot to meet the family members.

The Uttar Pradesh government has imposed ‘corona curfew' in the state till 7 am on May 24 to curb the spread of coronavirus cases. PTI