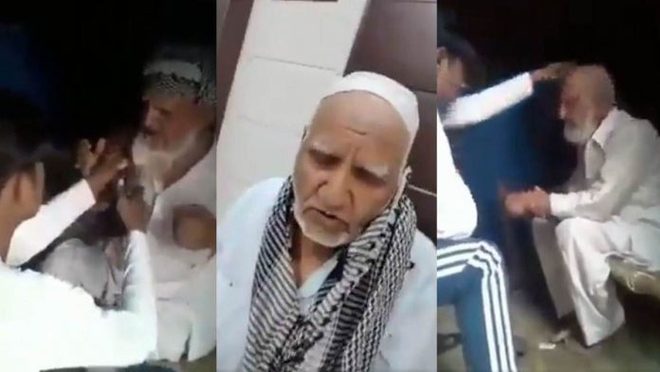 BJP-ruled Uttar Pradesh has become the first state to lodge an FIR against Twitter under the new IT rules in connection with a video purportedly showing an elderly Muslim man being thrashed and told to chant ‘Jai Shri Ram’. The action comes as the microblogging site failed to comply with the amended IT rules, losing protection granted to social media intermediaries for third-party content uploaded by users.

“These people did not verify the truth of the matter and shared it online with a communal angle with an intention to disrupt public peace and create a divide between religious groups,” the FIR states. The police accused Twitter of failing to do anything to prevent the video from getting viral.

They all have been booked under Sections 153 (provocation for rioting), 153A (promoting enmity between different groups), 295A (acts intended to outrage religious feelings), 505 (mischief), 120B (criminal conspiracy) and 34 (common intention) of the IPC. The police action came within hours of Congress leader Rahul Gandhi and Uttar Pradesh Chief Minister Yogi Adityanath exchanging remarks on Twitter over the incident. Noting that there was “no communal angle in the incident”, the police in its FIR said, “The victim, Abdul Samad Sufi, and the accused have known each other for long. The victim sold a ‘tabeez’ (amulet) to main accused (Parvesh) with the promise that it will bring him prosperity, but he complained that it had an adverse effect on his family. When the tabeez didn’t work, the accused got angry and beat up the victim.”

In this case, the police said an FIR was lodged on June 7 and three of the six accused had been arrested. Tagging a media report on the incident, Rahul had tweeted: “I am not willing to accept that true devotees of Lord Ram can do such a thing. Such cruelty is far removed from humanity and is shameful for both society and religion.”

Responding to the tweet, the UP CM said, “The first lesson Lord Ram taught was to ‘speak the truth’, which you have not done in your life. You should be ashamed that even after the police putting forth the truth, you are spreading poison in the society. In the greed for power, you are shaming humanity.” Meanwhile, the Press Club of India has demanded that the FIR naming the journalists should be quashed because it showed “vendetta” of the Ghaziabad police to create a “sense of terror” in the media and society at large.

IT Minister Ravi Shankar Prasad slammed Twitter for “deliberate defiance”, failure to comply with the new IT rules and “deliberately choosing the path of non-compliance”.