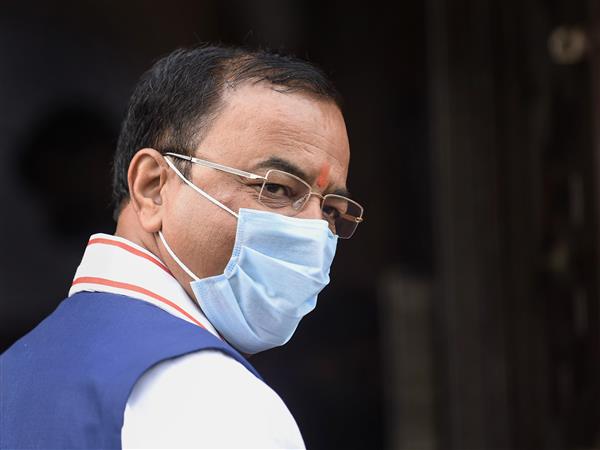 Uttar Pradesh Deputy Chief Minister Keshav Prasad Maurya, who recently stirred up controversies with remarks on “skull caps” (the traditional attire usually associated with Muslim men) and “grand temple in Mathura on the lines of Ayodhya and Varanasi”, met Prime Minister Narendra Modi in the Parliament on Monday.

Calling it a courtesy call, Maurya tweeted photographs of the meeting saying “received blessings and guidance from my ideal and inspiration, Prime Minister Narendra Modi, who has dedicated his life to the welfare of the poor”.

The PM is all set to inaugurate projects in eastern Uttar Pradesh on Tuesday, Chief Minister Adityanath area of influence. He will also be inaugurating the Kashi Vishwanath Corridor in Varanasi on December 13, which is being seen as yet another reinforcement of the saffron party’s ideological (Hindutva) and cultural commitments by observers.

Maurya, who is believed to be in direct competition with Adityanath over chief ministership of the key poll-bound state, was accused of polarising voters for his tweet on “temple in Mathura” and the observation that “poor law and order situation in the state earlier was due to people in skull caps who threatened traders, among others.

Following the announcement of plans by certain right-wing groups to install a Krishna idol in Mathura’s Shahi Idgah on the anniversary of the Babri Masjid demolition, Maurya had said that preparations are underway for the construction of a grand temple in Mathura on the lines of Ayodhya and Varanasi.  “Ayodhya aur Kashi bhavya mandir nirman jaari hai, Mathura ki tayyari hai (grand temples are being constructed in Ayodhya and Kashi and Mathura will be next)”, Maurya had tweeted.

The Shahi Idgah located next to the Krishna janmabhoomi has been at the centre of a legal battle for years with Hindu groups claiming that the mosque was built on land where Lord Krishna was born. Following the announcement by right-wing groups, security was ramped up in the Mathura today, the anniversary of the demolition of Babri Masjid in Ayodhya.