Is BJP strategy of raking up Ahmedabad blast case working? 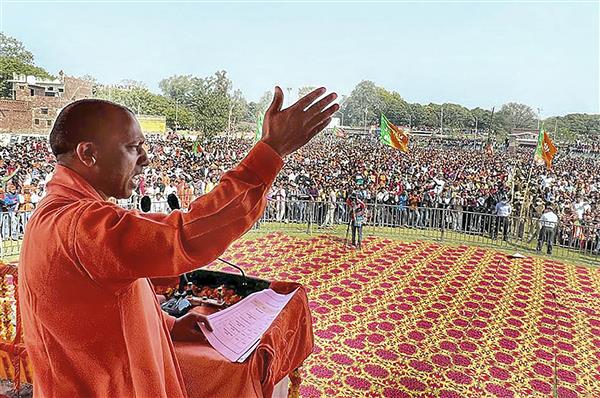 Much has changed in Lucknow—the heart of art, cuisine, dance, culture, and music of the Hindi heartland—in the past few years. While Awadhi and Mughlai food continue to be the centrepiece of its traditional attractions, the city has also acquired usual/expected symbols of development like malls and Metro train, which both the ruling BJP and its main rival Samajwadi Party don't fail to take credit for while listing development projects during their respective tenures.

Though the Gomti Riverfront makeover ran into trouble with the Adityanath government finding flaws and alleging corruption, according to Akhilesh Yadav his mistake was that he "tried to make it better than the Sabarmati River Front”.

As the curtains draw to campaigning, the elections in the state capital are more or less turning to be bipolar, despite the presence of important players like the Congress and the BSP.

It seems a close fight between the BJP and the SP many of the nine assembly seats of Lucknow, including Bakshi Ka Talab, Sarojini Nagar, Lucknow West, Lucknow East, Lucknow Central, Lucknow North, Mohanlalganj (Reserve), Malihabad, and Lucknow Cantonment, with many Congress and BSP supporters choosing the SP in order to "not waste their votes".

Teeming with government and private company employees, students, and youngsters, city residents do not think that the BJP strategy of raking up the 2008 Ahmedabad blast case will have any effect on their decision on the polling day.

In fact, several supporters are almost giving the BJP and the SP "50-50 chances" in constituencies like Mohanlalganj Malihabad, Bakshi ka Talab, Lucknow West, Sarojini Nagar, and to some extent, also Lucknow Central which the BJP won seven times, the Congress twice and the SP only once.

Lucknow Central, currently in the BJP kitty, is witnessing a close contest.

In the 2017 Assembly elections, Brajesh Pathak, a minister in the Yogi Adityanath government, won the seat by around 5,000 votes over his nearest rival, Ravidas Mehrotra of the SP, with the BSP coming third.