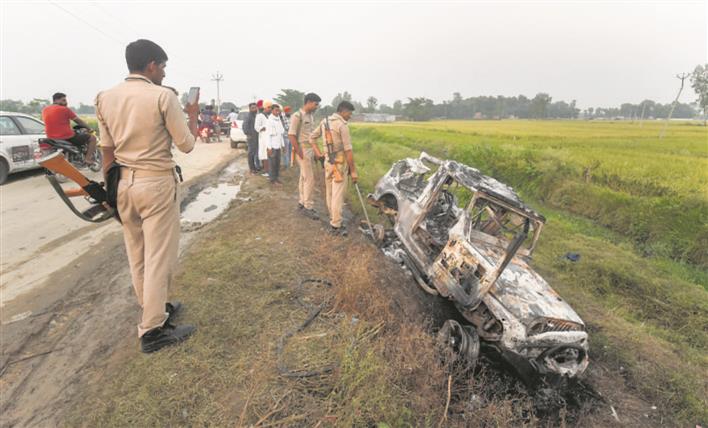 The apex court has called for preparing a foolproof case. file

The Supreme Court today directed the UP Government to take measures to protect witnesses and get their statements recorded before magistrates in the Lakhimpur Kheri violence case.

The Bench also asked the UP Government to file a separate report on the second FIR about the lynching of four persons, including journalist Raman Kashyap, and posted the matter for further hearing on November 8.

Four farmers were allegedly mowed down by vehicles in the convoy of Ashish Mishra, son of Union minister Ajay Kumar Mishra.

A Bench led by Chief Justice NV Ramana issued the directions after senior counsel Harish Salve, representing the UP Government, said out of 68 witnesses, statements of only 20 had been recorded so far.

The Bench, which also included Justice Surya Kant and Justice Hima Kohli, perused the second status report filed by the SIT and directed the District Judge concerned to assign the task of recording statements under Section 164 of the CrPC to the nearest judicial magistrates available.

This is the second time that the top court has emphasised the need to record statements of witnesses before magistrates under Section 164 CrPC to prepare a foolproof case. “We get the impression that you are dragging your feet… Please do the needful to dispel that,” it had told the SIT on October 20.

As Salve said the SIT had issued an advertisement and only 23 persons, who were trying to see what happened, came forward, the Bench wondered how there could be just 23 persons in the rally.

“Ask your agency, see there are more than 23 (eye)witnesses. Eyewitness evidence is more credible. It is always better to have first-hand evidence,” the Bench noted.

“There was a crowd of 4,000-5,000 persons, who were all locals. Most of them were agitating even after the incident. This is what has been reported. All of them are serious witnesses. The identification of these people should not be a problem,” it said.

As the CJI said, identification was important, Salve said, “All 16 accused have been identified.”