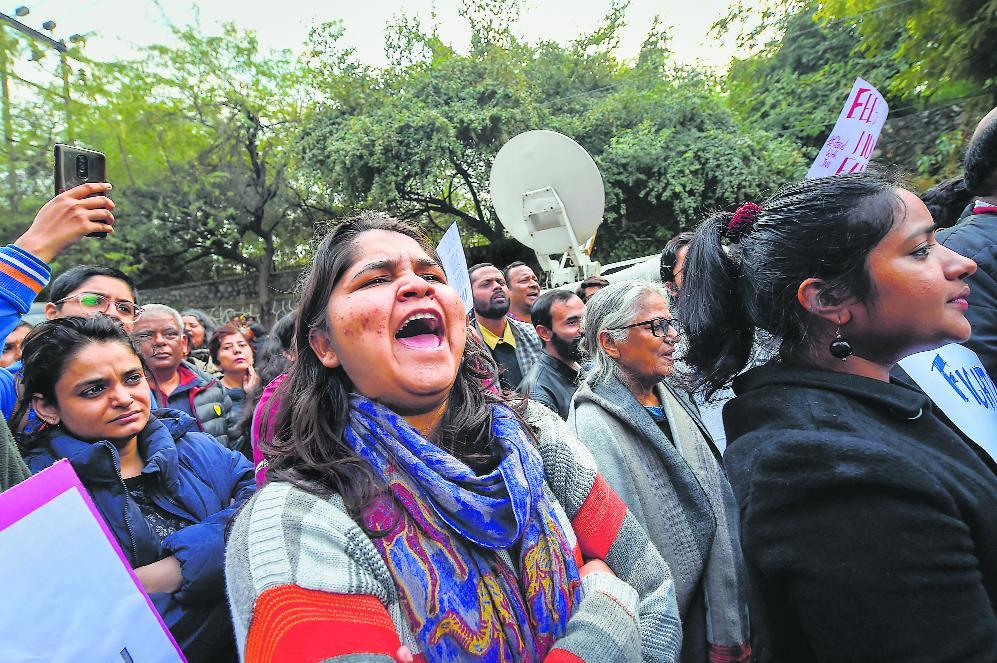 The complaint said the women had not only refused to disperse when a woman police personnel asked them to move out but also pushed her around. File photo

Uttar Pradesh Police has lodged FIRs against the daughters of famous Urdu poet Munawwar Rana, among many others, for holding protests against the Citizenship Amendment Act (CAA) and the National Register of Citizens (NRC) at the Clock Tower in Lucknow.

Three separate FIRs were lodged on Monday night at the Thakurganj police station naming 20 women, two men and around 135 unnamed women under Sections 147 (rioting), 145 (joining or continuing in unlawful assembly knowing it has been commanded to disperse), 188 (disobedience to order duly promulgated by public servant) and 283 (danger or obstruction in public way) of the IPC.

The FIR has been lodged on the complaint of one Seth Pal Singh from Thakurganj who originally belongs to Haridwar.

The FIR against the two daughters of Munnawar Rana, Sumaiya and Fauzia Rana, also includes two other named women -- Rukhsana and Safi Fatima and eight to 10 unnamed protesters.

The complaint said the women had not only refused to disperse when a woman police personnel asked them to move out but also pushed her around.

The protest against the CAA that started on the lines of the Shaheen Bagh protests in Delhi on Friday afternoon with barely 15 women has grown in size and now has more than 5,000 women in support.

On Friday night, the police had not only cut off electricity at the protest site but also locked the washrooms.

The city’s Sikh community had been holding round-the-clock langar for the women and children protesting continuously for the last four days.

The police had not allowed men to join the protest and they remained silent spectators to the women who have been raising anti-CAA slogans, singing the national anthem, reading out the Preamble to the Constitution and singing other nationalist songs.

Lucknow Police Commissioner Sujit Pandey had imposed Section 144 of the CrPC on Sunday in view of the Republic Day celebrations and the Defence Expo in Lucknow in the first week of February. IANS