US issues record 82,000 visas to Indian students : The Tribune India

Comprise 20% of all int’l students studying in US 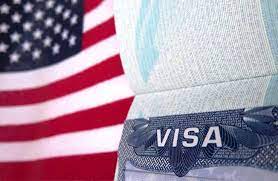 The US Mission in India on Thursday has said it has issued record-breaking 82,000 student visas this year so far, higher than any other country. Though the processing of H-1B and some other visas was a time-consuming affair, sources in the embassy said student visas were processed quickly.

The US Embassy in New Delhi and its four consulates prioritised the processing of student visa applications from May to August to ensure as qualified students made it to their study programmes, said Charge d’Affaires Patricia Lacina in a statement.

“We are happy to see so many students were able to receive visas and reach their universities after the delays caused in previous years by the pandemic.This shows that the US remains the most sought-after country for higher education for most Indian families,” she said. Minister Counselor for Consular Affairs Don Heflin said, “Hopefully, there are a lot of happy students and parents out there.”