Out of 204 missing, 69 bodies have been recovered 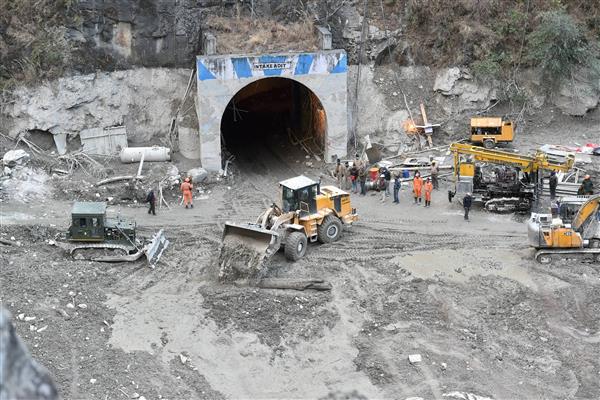 A file photo of rescue operations at Tapovan Tunnel after a glacier burst at Joshimath which triggered a massive flash flood, in Chamoli district of Uttarakhand. PTI

Uttarakhand health department has decided to declare those missing in the February 7 Chamoli disaster as “dead”, officials said.

Out of the initial 204 people missing, search and rescue workers have recovered 69 bodies and 135 are still missing.

The notification stated, “In normal circumstances, the birth and death certificates are issued to a person at the place where he is born or died. But in exceptional circumstances, like the Chamoli disaster, if a missing person is possibly dead beyond all possibilities of being alive but his body is yet to be found, in that case the authorities could declare him dead by issuing the death certificate to his family members after a required inquiry.”