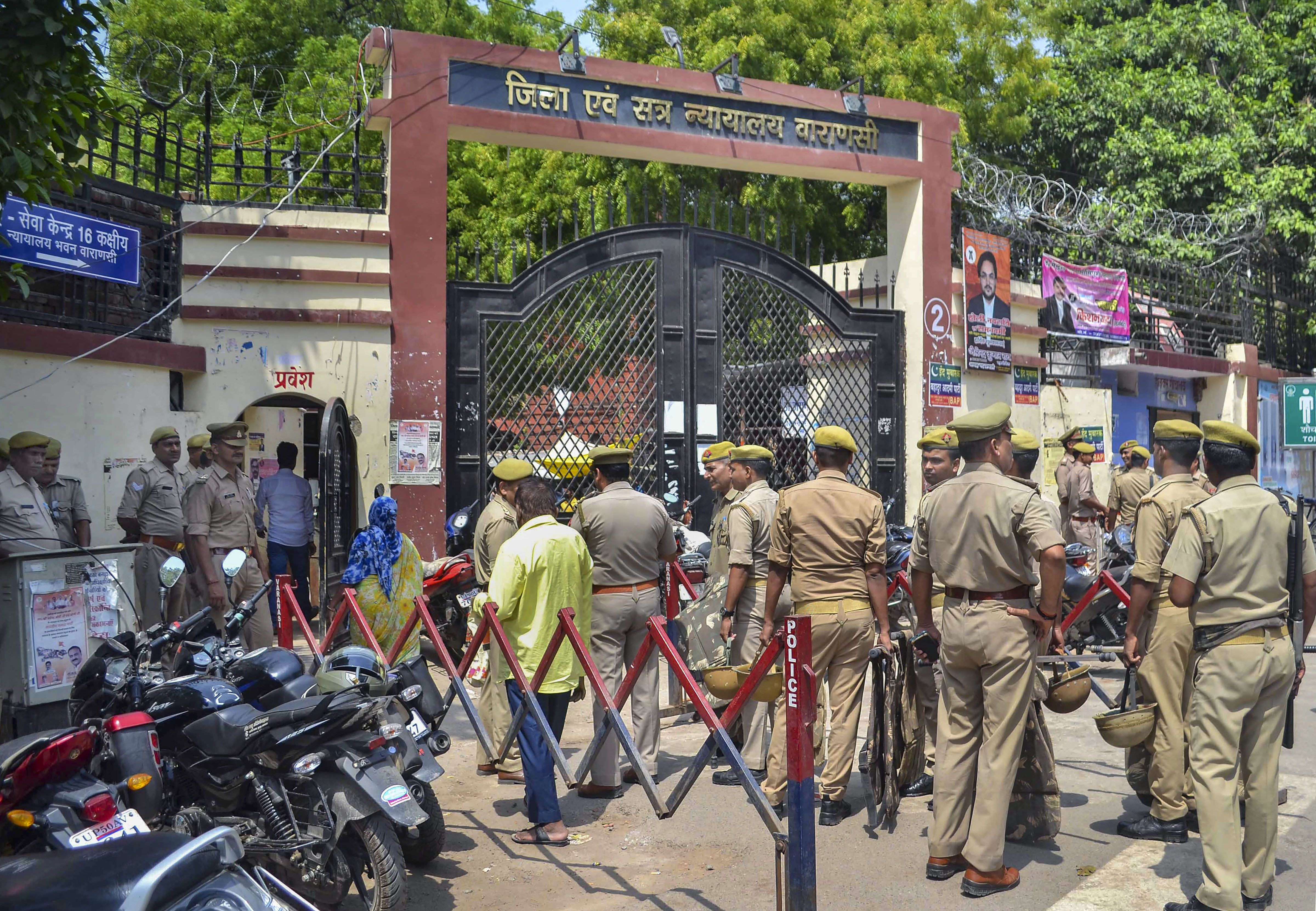 A district court here reserved its order for Tuesday on which petition is to be heard first in the Gyanvapi-Shringar Gauri complex case transferred to it by the Supreme Court.

An application had been moved by the Anjuman Intezamia Masjid through its lawyer seeking to first decide on the maintainability of the suit before proceeding further.

A fresh plea seeking permission to worship the “Shivling” claimed to have been found on the Gyanvapi mosque premises during a videography survey ordered by a lower court was also filed. The court of District Judge AK Vishvesh heard arguments from both the sides.

The apex court had on Friday transferred the Gyanvapi-Shringar Gauri complex case from a civil judge (senior division) to a district judge, saying looking at the “complexities” and “sensitivity” of the issue, it is better if a senior judicial officer having an experience of over 25-30 years handles this case. “After hearing arguments of both sides, the court will on Tuesday give its verdict on which petition is to be heard first,” said Madan Mohan Yadav, a lawyer for the Hindu side.

Yadav argued that since a court-appointed commission had completed its work, the opponents should present their objections to it. He said they pleaded to make available the commission’s report and videography done by it to present its side on it. Anjuman Intezamia Masjid Committee’s lawyer Mohammad Tauhid Khan argued that the writ was not sustainable, hence, it should be dismissed. A fresh petition was moved by Dr Kulpati Tiwari, Mahant of Kashi Vishwanath temple, for regular “pujan” of the Shivling. — TNS/PTI

Pune: Amid Gyanvapi controversy, the MNS has claimed that two dargahs had been built on the Punyeshwar temple land in Pune. MNS leader Ajay Shinde on Sunday said they had launched a campaign seeking people’s support in restoring the temple land.