Man had gone out of town, in the meantime, the girl’s marriage was promised to someone else 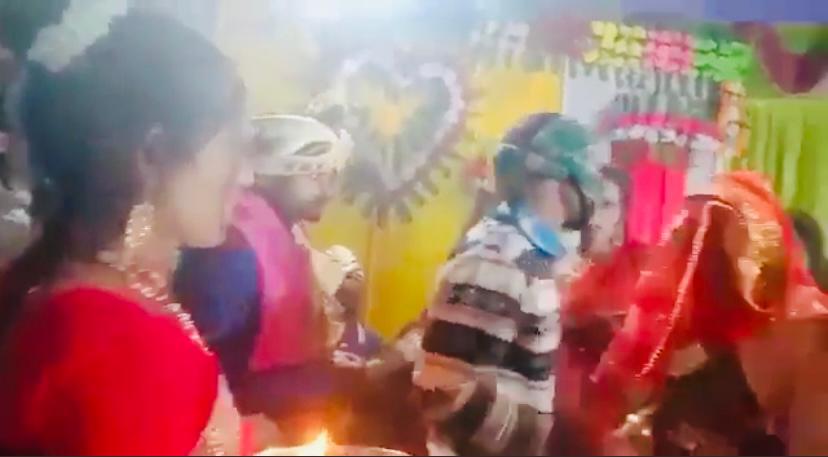 It was as if a scene for a Hindi movie. A man in Uttar Pradesh’s Gorakhpur gatecrashed his alleged girlfriend’s wedding and in a bid to stop the marriage, he forcefully applied “sindoor” on her forehead.

This bizarre incident took place in Gorakhpur. During the wedding, as the bride and groom were about to exchange garlands, the bride’s jilted lover turned up at the venue.

In UP's Gorakhpur, a spurned youth gatecrashed an ongoing wedding and applied vermilion to the to-be bride. Families and relatives tried to overpower him resulting in a major ruckus at the venue. pic.twitter.com/Ak94I50WRo

Someone present at the wedding recorded the whole incident and the video is now going insanely viral on social media.

The wedding was taking place at Harpur village. The viral video shows the bride and groom standing on the stage surrounded by relatives. As the groom proceeded to put the varmaala on the bride, a man from the crowd turns up. He had covered his face in a scarf. The moment he landed on the stage, he smeared “sindoor” on the bride’s forehead forcibly.

Apparently, the man was the bride’s ex-lover who had gone out of town for work some. In the meantime, the girl’s marriage was promised to someone else and when the man came to know about it, he decided to profess his love in this way.