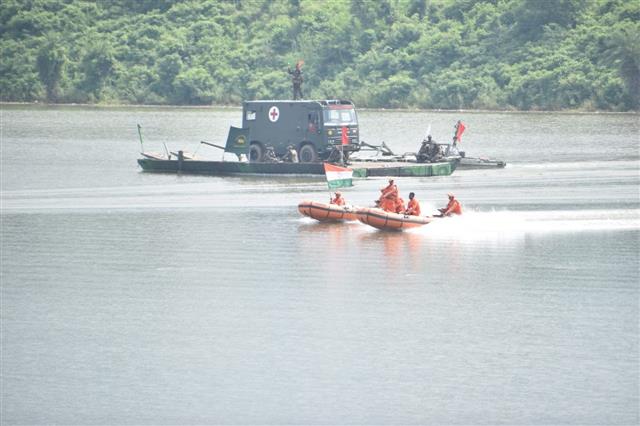 The Vietnam-India bilateral army drill, Exercise VINBAX- 2022, concluded at Chandimandir military station today, with a demonstration of multi-agency humanitarian assistance in disaster relief and an equipment display showcasing the made in India products marking the final day.

The exercise commenced on August 1 and was focused on deployment of army engineer and medical teams in United Nations peacekeeping operations.

This is the first time ever that the Vietnam People’s Army (VPA) was undertaking a field training exercise with any foreign Army, making the exercise unique, according to a statement issued by the Ministry of Defence.

The contingents from the two countries underwent theory classes followed by practical exercises to validate the lessons. The final validation exercise nicknamed ‘Men in Blue’ was built around the setting up of a base in a remote African location faced with myriad challenges, the statement added.

The closing ceremony was attended by Pham Sanh Chau, Ambassador of Vietnam to India and a high-level observer delegation of VPA, which had flown down specially for the purpose.

The next edition of VINBAX will be hosted in Vietnam in 2023.