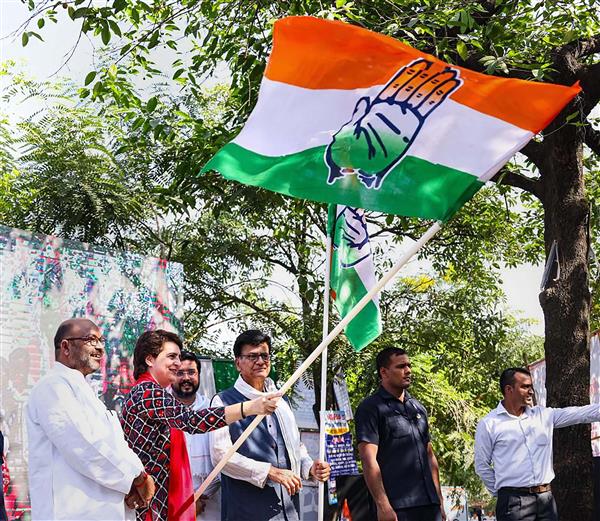 Membership of the Congress will henceforth come at a cost of Rs 5 and a declaration that the potential joiner will not criticise party policies in public nor consume liquor and alcohol.

Ahead of the launch of the membership drive for the internal elections approved by the Congress Working Committee recently, the party has set some conditions for those who wish to subscribe to its ideology.

These conditions include a pledge of prohibition from alcohol and drugs, an undertaking that the member prefers to wear Khadi, a declaration that the member would be willing to undertake “physical work” should the working committee require him to.

Apart from pledging allegiance to pluralism, secularism, democracy and socialism, the want to be Congress member must also give an undertaking that he or she will “never, save on party platforms, criticise or question Congress policies and programmes in public fora”.

The membership form also requires people to buy the party magazine apart from declaring faith in social equality and promising to work for it.

Another declaration primary members must make is of non possession of assets that are disproportionate to their known and declared legal sources of income.

The CWC recently approved the organisational election schedule of the party with the membership drive slated between November 1 this year and March 31 next.

Elections for block committees and one member each of the Pradesh Congress Committee will be held from April 16 to May 31, 2022; district committee chiefs and executive will be elected between June 1 and July 20, next year; PCC chiefs and AICC members between July 21 and August 20, 2022 and AICC president between August 21 and September 20, 2022.

After the Congress chief, elections for the CWC and other bodies will be held at the Plenary expected preferably in September or October 2022.