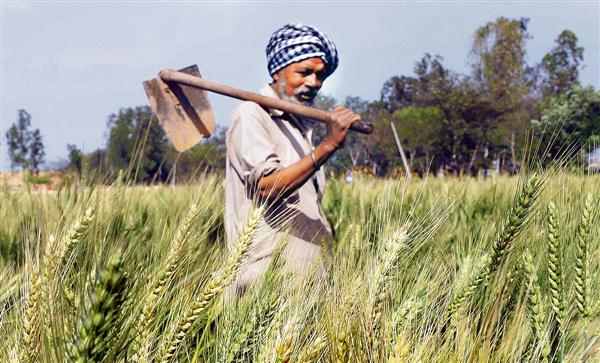 A day after Parliament cleared key farm Bills amid protests by the Opposition, the Modi government today hiked the MSP for six rabi crops. Photo for representation only. File photo

A day after Parliament cleared key farm Bills amid protests by the Opposition, the Modi government today hiked the MSP for six rabi crops. Announcing it in the Lok Sabha following a CCEA meeting headed by the PM, Agriculture Minister Narendra Singh Tomar said the wheat MSP had been increased by Rs 50, taking it to Rs 1,975 a quintal.

The highest hike was announced for lentil (Rs 300 per quintal), followed by gram, rapeseed and mustard (Rs 225 per quintal each), safflower (Rs 112 per quintal) and barley (Rs 75 per quintal). “The differential remuneration is aimed at encouraging crop diversification,” Tomar said.

“While the Congress is telling the entire country that the MSP and APMC will go, the announcement is a proof that both will continue,” Tomar told the House amid sloganeering. “Tell this to farmers in Punjab,” Adhir Ranjan Chowdhury, Leader of the Congress in the House, remarked sarcastically.

Khadoor Sahib MP Jasbir Singh Gill (Congress) demanded an assurance that the government would continue to procure the grain in mandis. “The MSP hike is too little too late and for wheat, it is meagre,” Gill said.

Taking on the Congress, Minister Ravi Shankar Prasad said their “lies” had been exposed. “Even before rabi sowing, our MSP is ready. This is our commitment to the farmers,” he claimed.

This is a cruel joke on the farmers and a mockery of their protest. — Capt Amarinder Singh, Punjab CM