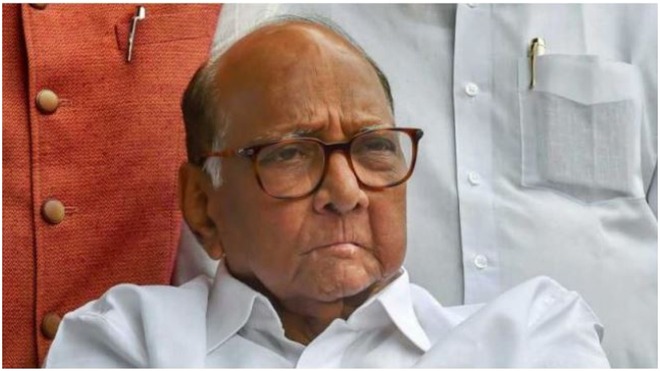 Nationalist Congress Party (NCP) chief Sharad Pawar today asked who gave permission for the religious congregation of Tablighi Jamaat at Nizamuddin in New Delhi, which has emerged as one of the major coronavirus hotspots in the country.

He lashed out at the authorities of the Central government and the Delhi administration for granting permission for the religious congregation.

In a Facebook live interaction with party workers and the public, Pawar pointed out that the Maharashtra government had withdrawn permission for a similar meet by the Jamaat near Mumbai.

“If Maharashtra Home Minister Anil Deshmukh and Chief Minister Uddhav Thackeray could take such a decision, why couldn’t they deny permission for the event in Delhi? Who gave the approval (for the congregation to take place)?” Pawar asked.

The veteran leader revealed that the administration was pro-active in cracking down on large gatherings across the state. “The Solapur district authorities booked people who were going to attend a bull and horse race at a village in the district. Thousands of people had gathered. If the Delhi administration was alert enough, the unfortunate situation would not have arisen,” Pawar said.

He further pointed out that media reports on the congregation were taking communal overtones. “Why is it so necessary for the media to play this up? It is targeting one community unnecessarily,” Pawar said.

The NCP chief also added that the Central government should give a financial package for Maharashtra as the state’s economy was worst hit by the lockdown.

He expressed concern over fake and misleading messages related to coronavirus circulating on social media.

The NCP chief also asked people to maintain a “scientific temperament” during the lockdown and follow social distancing to contain the spread of coronavirus.