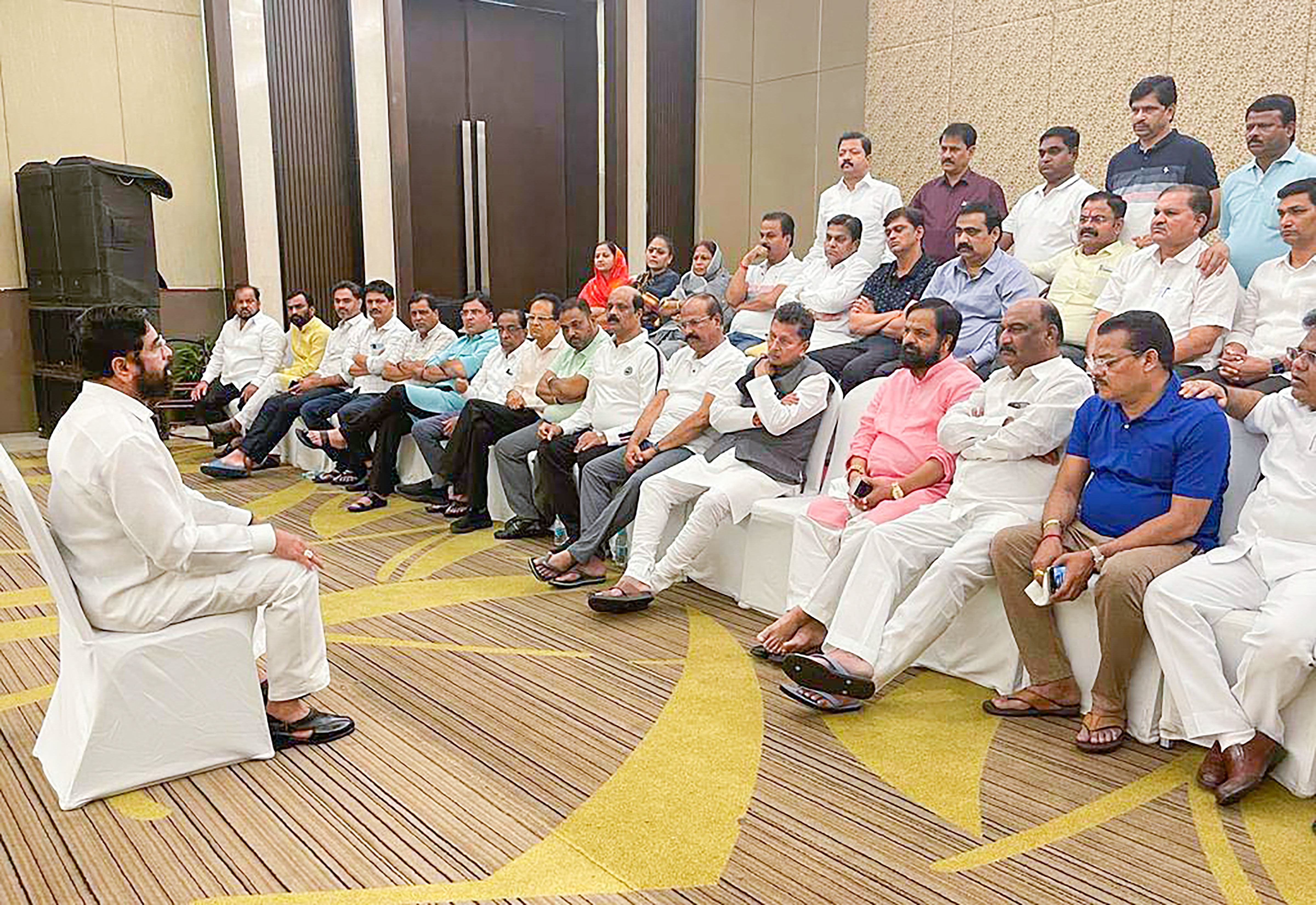 Amid the political crisis in Maharashtra triggered by a rebellion by a large section of Shiv Sena MLAs, who are currently camping in Assam, the NCP on Saturday sought to know who was paying the bills of hotels in Guwahati and Surat.

The Sharad Pawar-led party, which shares power with the Sena and Congress in the state, also asked the Income Tax Department and the Enforcement Directorate to find out the source of "black money" involved.

NCP's chief spokesperson Mahesh Tapase asked, “Who is paying the bills of hotels in Surat and Guwahati as well as the chartered flights? Is it true that the horse-trading rate is Rs 50 crore?”

“If the ED and I-T get activated, the source of the black money will be exposed,” he added.

Majority of Shiv Sena MLAs have shifted their loyalty to minister Eknath Shinde and are camping in Guwahati, plunging the Maha Vikas Aghadi government led by Chief Minister Uddhav Thackeray, who heads the Sena, into a crisis. Before a hotel in Guwahati became the base of the rebel MLAs, Shinde and several other legislators had also stayed at a hotel in Surat.