India is looked upon as a solution provider to solve the challenges currently being faced by the world: Foreign Secretary 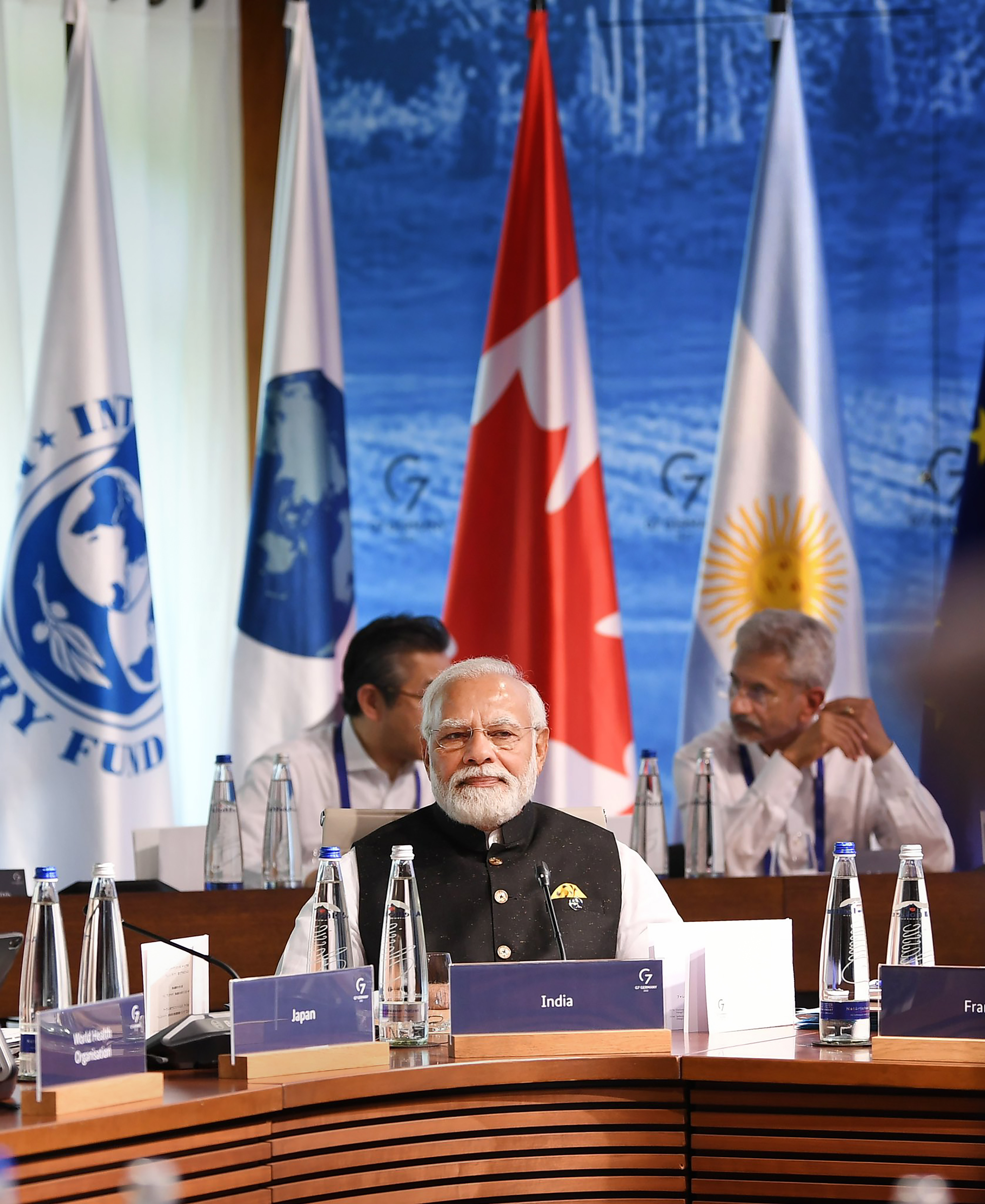 Prime Minister Narendra Modi underlined at the G7 summit that energy security has become a very challenging issue in the wake of the Russia-Ukraine conflict and asserted that India would continue to do what it thinks is best in the interest of its own energy security when it comes to the question of global oil trade.

Prime Minister Modi in both his interventions at the G7 sessions made India's position very clear on the Russia-Ukraine situation, calling for an immediate or as early as possible an end to the hostilities and advocating the path of dialogue and diplomacy to resolve the situation, Foreign Secretary Vinay Mohan Kwatra said at a media briefing.

"The prime minister in both his interventions, the first one on climate and energy and the second one on food security and gender equality, made it very clear in terms of the position that India has advocated on the Russia-Ukraine situation, which is calling for immediate or as early as possible end to the hostilities and the path of dialogue and diplomacy to resolve the situation," he said at the briefing that was held late on Monday.

"The prime minister did mention that energy security has become a very challenging issue in the wake of the Russia-Ukraine conflict. But India would continue to do what it thinks is best in the interest of our own energy security when it comes to the question of global oil trade," he said.

"I think our position which the Prime Minister articulated during the G7 Summit was well understood. I would even say it was appreciated by his counterpart leaders from other countries," Kwatra said.

In an apparent reference to the Ukraine crisis, Modi at a G7 session on Monday had noted that those invited at its summit were meeting amid an atmosphere of global tension and asserted that India has always been in favour of peace.

"Even in the present situation, we have constantly urged for the path of dialogue and diplomacy. The impact of this geopolitical tension is not just limited to Europe. The rising prices of energy and food grains are affecting all the countries," he had said in his remarks at the session on Stronger Together: Addressing Food Security and Advancing Gender Equality' at the G7 Summit here.

"India is looked upon as a solution provider and part of any sustained effort to solve the challenges which are currently being faced by the world," Kwatra said.

The Group of Seven (G7) is an inter-governmental political grouping consisting of Canada, France, Germany, Italy, Japan, the UK and the US. The European Union is a 'non-enumerated member'.

The German Presidency had invited Argentina, India, Indonesia, Senegal and South Africa to the G7 Summit in Elmau, Bavaria.