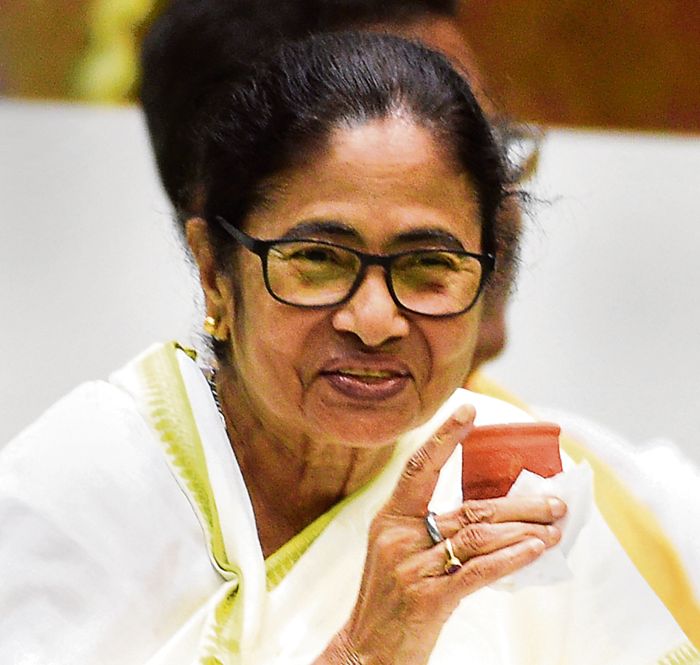 West Bengal CM Mamata Banerjee on Thursday said she would join hands with her counterparts in Bihar and Jharkhand, along with several other opposition parties, to oust the BJP in the 2024 polls.

Addressing a party programme, Mamata claimed the BJP would face a rout because of its arrogance and people’s anger. “I, Nitish Kumar, Hemant Soren and many others will come together in 2024. All opposition parties will join hands to defeat the BJP. All of us will be on one side and the BJP on the other. The BJP’s arrogance of 300 seats will be its nemesis. There will be ‘Khela Hobe’ in 2024,” she said.

‘Khela Hobe’ (game is on) had been the battle cry of the TMC during the high-voltage Assembly poll last year, in which the party defeated the BJP to storm back to power for the third consecutive term.

Mamata claimed the “arrest of Jharkhand MLAs with hordes of cash by the West Bengal Police recently stopped the horse trading in the neighbouring state and prevented the fall of the Hemant Soren government”.

“The BJP thinks they can threaten us with the CBI and ED. The more they pursue such tricks, the more they will get closer to defeat in next year’s panchayat election and 2024 Lok Sabha polls,” Mamata said. She slammed the opposition in West Bengal, especially the BJP, and a section of the media for allegedly unleashing a malicious campaign against her.