During pushback before its scheduled departure, right wing trailing edge of aircraft came in close contact with a pole 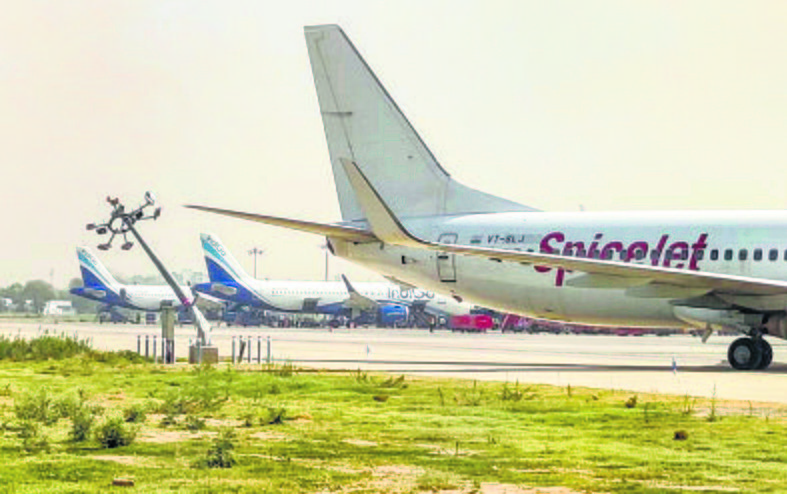 A Jammu-bound SpiceJet aircraft was damaged on Monday after its wing hit an electricity pole at the Delhi airport when it was pushed back from the parking position before taking off.

None of the passengers was injured. The Directorate General of Civil Aviation (DGCA) has begun an investigation into the matter, officials said. The Boeing 737-800 aircraft was being pushed back before its scheduled departure at 9.20 am when its right wing hit the pole in the apron area of the airport. In a statement, a SpiceJet spokesperson said, “On March 28, 2022, SpiceJet flight SG 160 was scheduled to operate between Delhi and Jammu. During pushback, the right wing trailing edge came in close contact with a pole. A replacement aircraft has been arranged to operate the flight.”