The Survey which was conducted among 1.1 lakh women and 1 lakh men shows that the number of sex partners on average for women is higher than men in many states and UTs 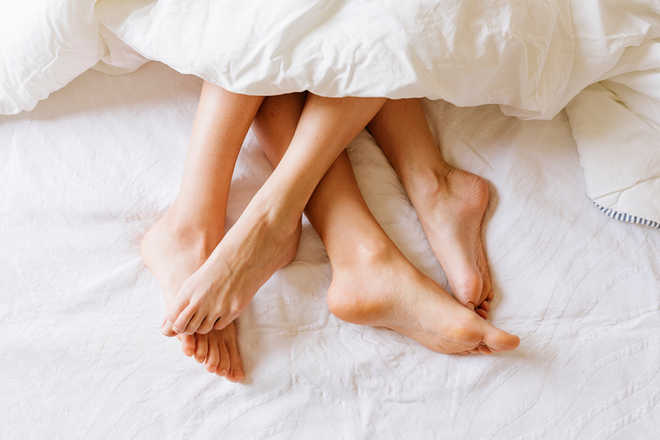 Women on average have more sex partners than men in 11 states and UTs but the percentage of men who had sexual intercourse with someone who was neither their spouse or lived with stood at 4 per cent, much higher than that of women at 0.5 per cent, according to the NFHS data.

The National Family Health Survey which was conducted among 1.1 lakh women and 1 lakh men showed that the number of sex partners on average for women was higher than men in many states and Union territories.

These states and UTs are Rajasthan, Haryana, Chandigarh, Jammu and Kashmir, Ladakh, Madhya Pradesh, Assam, Kerala, Lakshadweep, Puducherry, and Tamil Nadu.  Rajasthan had the highest number of women who had on an average 3.1 sex partners as against the 1.8 for men.

But the percentage of men who had sexual intercourse with someone who was neither their spouse nor live-in partner, in the 12 months preceding the survey, stood at 4 per cent. For women, the number stood at 0.5 per cent.

The National Family Health Survey-5 conducted during 2019-21 surveyed 707 districts of the country from 28 states and eight UTs.

The national report also provides data by socio-economic and other background characteristics, useful for policy formulation and effective programme implementation.