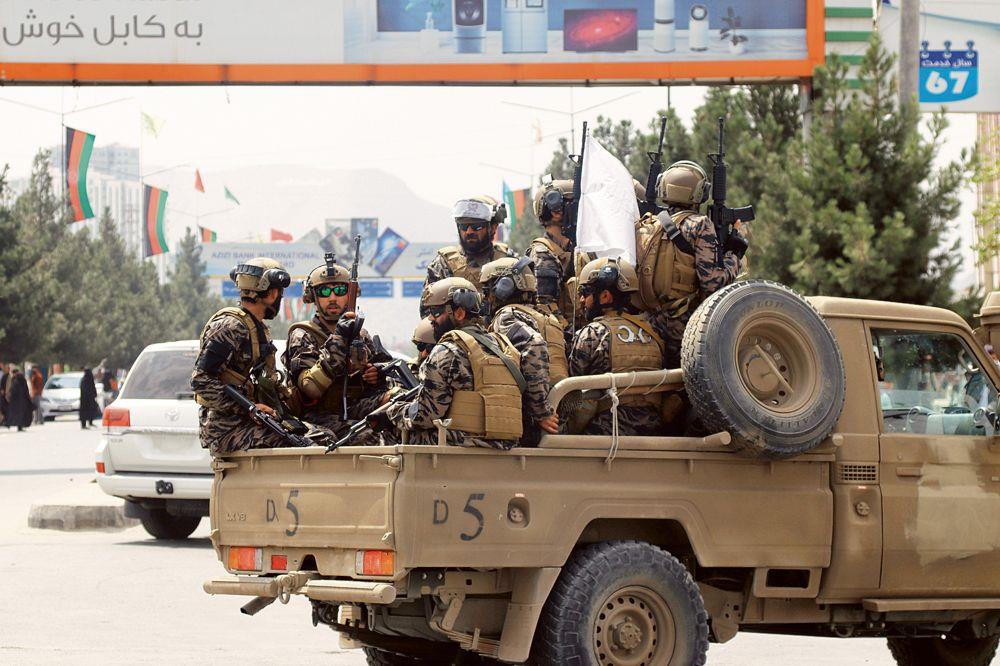 A day after US troops vacated the Kabul airport, their last tether for the war in Afghanistan, President Joe Biden said withdrawing the troops was the “best” and “right” decision as there was no reason to continue hostilities that no longer served his country’s “vital national interest”. In a sign of change, a Taliban fighter led the evening prayer at the Kabul airport while others patrolled its periphery.

Take one step at a time: India should engage with Taliban, which wants normalisation of relations

Separately, the youngest member of the Taliban peace committee, Anas Haqqani, asked India and Pakistan to not use Afghanistan “as a pawn” since they had a long enough border to settle the matter among themselves.

“Kashmir is not part of our jurisdiction and interference is against the policy. How can we go against our policy? This is clear, we will not interfere,” he said in an interview.

Anas, son of Jalaluddin Haqqani, maintained that the Taliban were ready to forget the past and take forward the relationship with India which “has helped our enemy for 20 years”. He also taunted the US, saying, “Your power is gone, your hold is gone” while holding discarded prison shackles during a tour of Bagram prison where the US forces had imprisoned him for nearly six years.

“We will clarify all policies in the days to come. We want all help for the people of Afghanistan. We want not only India but also rest of the world to come and support us,” said Anas as UN Secretary General Antonio Gutters warned that in the absence of resources, the country was heading towards a “humanitarian catastrophe”.

Crowds amassed on Afghanistan’s borders and long queues outside banks on Wednesday suggested that the Taliban’s assurances are still being treated with skepticism. The Taliban machinery was concentrating on running essential services while its top leadership ended three days of confabulations in Kandahar without revealing much about the outcome.

The Taliban are yet to announce a new government. In contrast, they had announced a leadership council soon after the first takeover in 1996. “Having no access to international aid will choke the Afghan economy and directly hurt the Afghan people with families pushed further into poverty,” said Afghan-origin economist Shah Mehrabi.