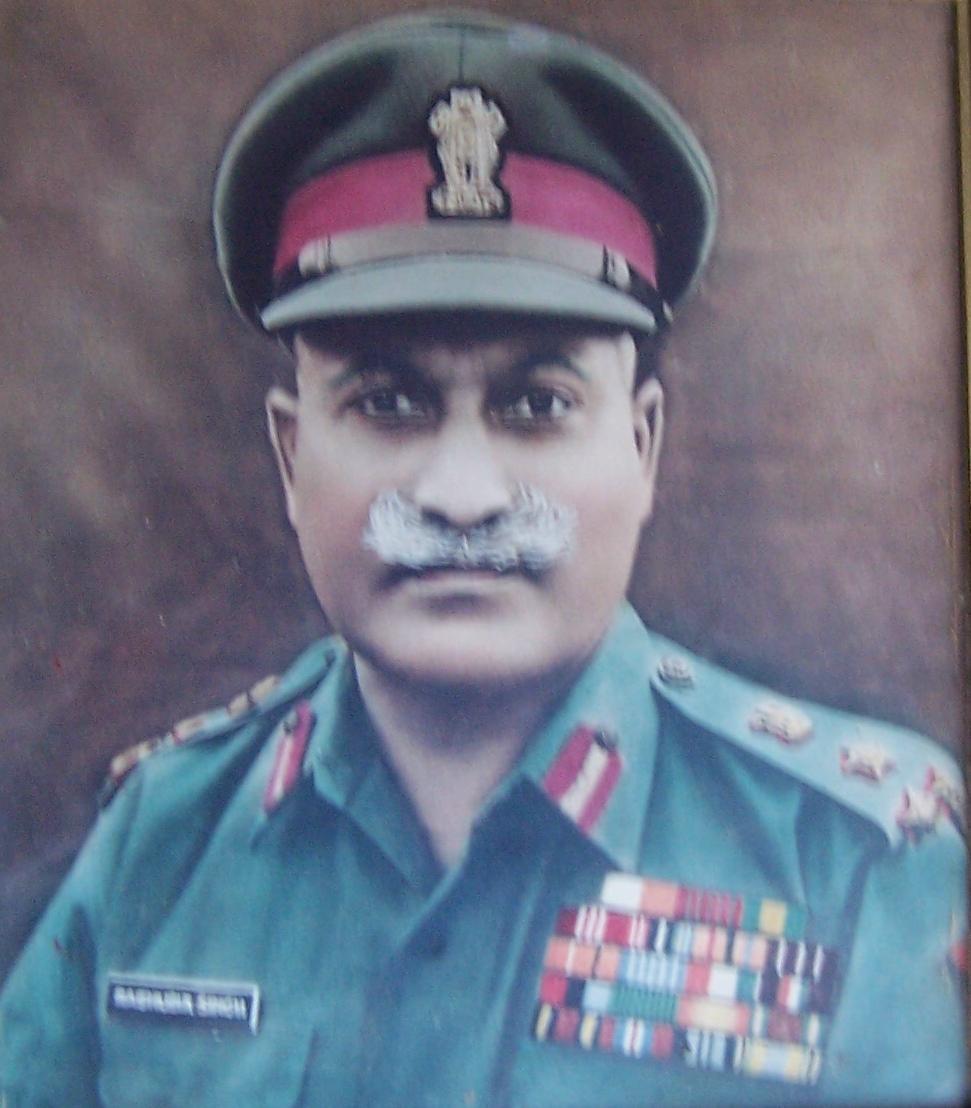 Brigadier Raghubir Singh who was decorated with the Maha Vir Chakra (MVC) for gallantry in the 1965 Indo-Pak war, passed away today at the age of 99. The Rajputana Rifles battalion that he had commanded played a key role in the battle of Asal Uttar in the western sector during the war.

Commissioned in April 1943 as a Second Lieutenant in the Hazari Guards of the erstwhile state forces of Jaipur, he participated in the Burma campaign of the Second World War, 1947-48 Kashmir operations after Independence and the 1971 Bangladesh liberation campaign.

In 1965, then Lieutenant Colonel Raghubir Singh was commanding 18 Rajputana Rifles (later 11 Mechanised Infantry) in the Khem Karan Sector in Punjab. “Between 7 and 10 September 1965, the unit was attacked by Pakistani forces. On 9 September at 2100 hours, in moonlight, the enemy forces launched a ferocious attack with tanks and managed to over-run the forward company positions. Lieutenant Colonel Raghubir Singh, anticipating the enemy's assault, left his command post and regardless of personal safety moved up to those companies past three enemy tanks. He entered the positions under intense enemy artillery fire and established contact with the company commanders. This example of courage, determination and leadership on the part of the Commanding Officer inspired the men to defy the enemy tanks and under his command they destroyed 20 enemy tanks,” his citation for the MVC states.

During the Korean War in 1954, he was posted as Chairman of the Neutral Nations Representative Commission (NNRC) as part of the peace keeping force and in the 1958-59 Israel – Egypt war, he served with the United Nations Emergency Force.

During the 1971 Indo-Pak War, he was posted as the Provost Marshal in the Military Police, where his responsibilities included handling over 93,000 Pakistani prisoners of war in various camps.

After being commissioned, Brig Raghubir Singh transferred to the Sawai Man Guards of Jaipur state forces that was raised in 1934 by his father’s younger brother, Col Ranjit Singh, who had been awarded the Order of the British Empire. The state forces were amalgamated with the Indian Army after Independence and some of the units of the Jaipur state were merged with the Rajputana Rifles. His family belonged to a martial clan of Rajasthan. Fondly addressed as ‘Dadosa’ he is survived by his son Maj Sangram Singh Rajawat (Retd).