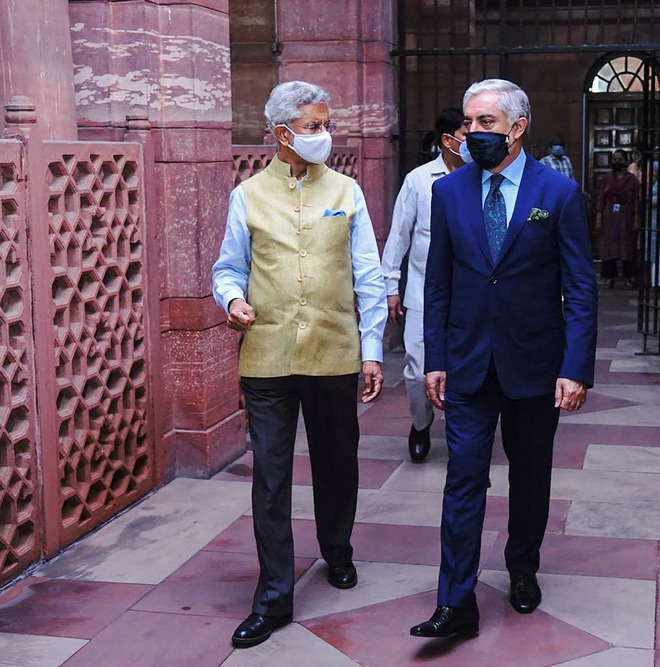 Significantly, Abdullah arrived just before Afghan army chief Gen Wali Mohammad Ahmadzai is scheduled to visit India for three days from July 27 amid the ongoing conflict between the Taliban and Afghan forces following the withdrawal of US troops from Afghanistan.

In what appears to be a revived US bid to get back into the Afghan game, it has encouraged talks between Afghan and Taliban representatives. Abdullah has just returned from the talks held on July 17 and 18, which only the US State Department has appreciated.

Foreign Secretary Harsh Vardhan Shringla is in the UK, ostensibly to discuss the Indo-UK roadmap till 2030, but sources said Afghanistan would occupy a major portion of the talks as India tries to get a handle on a US-UK tandem in this respect.

Soon after the SCO Council of Foreign Ministers met on Afghanistan in mid-July, the US sprang a surprise by announcing a Quadrilateral comprising Uzbekistan, Afghanistan, Pakistan and itself to promote connectivity in the region.

Around the same time, reports emerged of the US assisting the Afghan armed forces in a few bombing missions, including a couple in which its equipment that had landed in Taliban’s hands was destroyed.

Sources said confabulations between Afghan leaders and India were being held with more frequency as Kabul seeks to draw New Delhi into greater assistance with its firepower abilities to subdue the Taliban, which is making a bid for areas with poor governance from Kabul or are being ruled by their inveterate opponents.