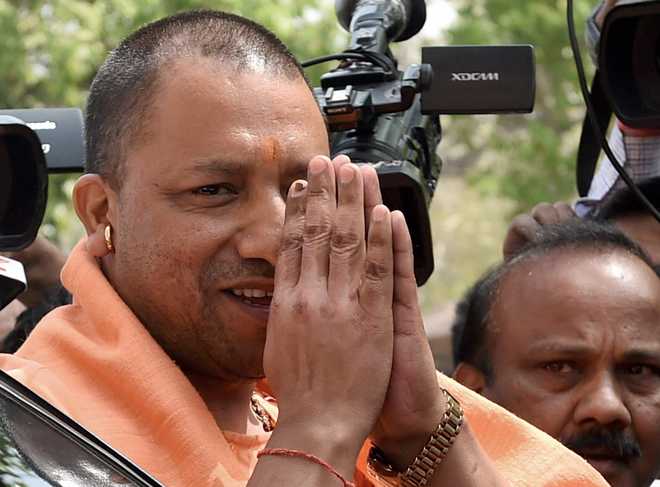 Uttar Pradesh chief minister Yogi Adityanath has taken a U-turn, two days after he declared that permission would be needed if other states employed workers from UP.

The issue sparked a major controversy and an official spokesman has now said that the government would not include this clause of 'prior permission' in the by-laws of the Migration Commission.

The government spokesman said it was working on modalities to set up the commission to provide jobs and social security to migrant workers returning to the state. It has named the migration commission as the Shramik Kalyan Aayog (Workers Welfare Commission).

About 26 lakh migrants have already returned to the state and an exercise to map their skills is being carried out to help them get jobs.

Yogi Adityanath has discussed the modalities for setting up the commission and told his officers to complete the skill mapping exercise in 15 days.

A senior official of Team 11, said, "The chief minister discussed the modalities for setting up the commission, as well. There will be no provision requiring other states to seek the UP government's prior permission for employing our manpower. The commission is being set up to provide jobs and social security to the workers. We will also link the migrants to the government schemes to provide them houses and loans etc."

Yogi Adityanath said a letter should be sent to all state governments to find out about migrant workers wanting to come back to Uttar Pradesh.

Earlier, the chief minister, while speaking at a webinar on Sunday, had said, "The migration commission will work in the interest of migrant workers. If any other state wants UP's manpower, they cannot take them just like that, but will have to seek permission of the UP government. The way our migrant workers were ill-treated in other states, the UP government will take their insurance, social security in its hands now. The state government will stand by them wherever they work, whether in Uttar Pradesh, other states or other countries."

The statement had sparked a row with some political leaders and parties questioning the move.

"It is very unfortunate that the chief minister of Uttar Pradesh views India in such a way. These people are not his personal property. They are not the personal property of Uttar Pradesh. These people are Indian citizens and they have the right to decide what they want to do and they have the right to live the life they want to live," he had said.

Maharashtra Navnirman Sena chief Raj Thackeray had also taken on Adityanath saying if UP insists on "permission" before other states can employ workers from there, "then any migrant entering Maharashtra would need to take permission from us, from the Maharashtra state, our police force too."

Meanwhile, the government spokesman said, "The chief minister is deeply moved by the condition of migrants. They have been treated badly by other states. So, when the chief minister spoke about the need for seeking the UP government's permission, he did so as a guardian for workers. It's only his concern for the migrants that came out as a political statement."