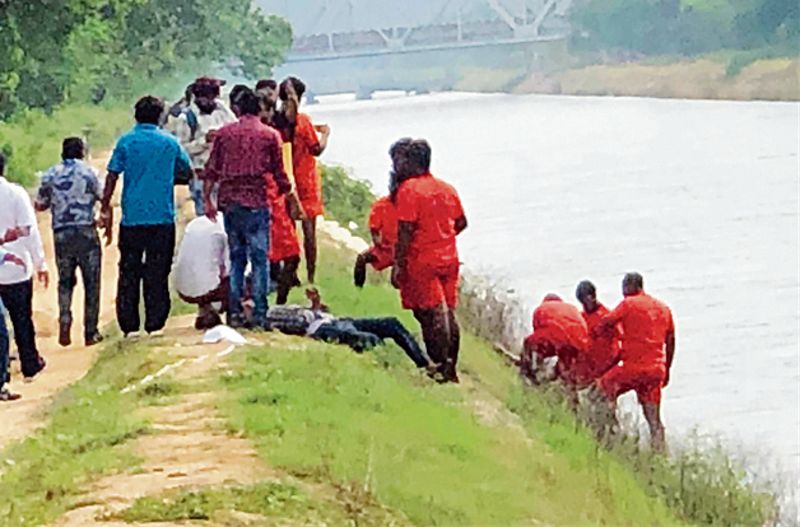 Two ETT-qualified youngsters, who were unemployed, today jumped into Bhakhra Canal to register their protest against the state government, near the Passiana police station on the Patiala-Bathinda highway. However, both were immediately rescued by divers.

After the incident, fellow protesters blocked the Patiala-Bathinda highway.

The unemployed ETT-qualified youth were protesting against the state government for not holding the Punjab State Teachers Eligibility Test (PSTET) on a regular basis, thereby, leaving them in-eligible for the current recruitment.

The protesters claimed that they could not apply for the ongoing recruitment of 6,635 teachers in the Education Department because they couldn't clear TET exams, a criterion to apply for the job, for no fault of theirs.

Rajni Sharma, a leader of the ETT-pass Unemployed Union, said the government did not hold the PSTET for 2019, 2020 and 2021. She said: “The PSTET-2018 was held in February last year. Owing to the failure of the government to hold the PSTET, we have been rendered in-eligible.”

They should do away with the PSTET eligibility for the ongoing recruitment.

Later in the evening, the protesters called off their dharna after an assurance of meeting with MP Singh, who is OSD to Chief Minister Amarinder Singh.