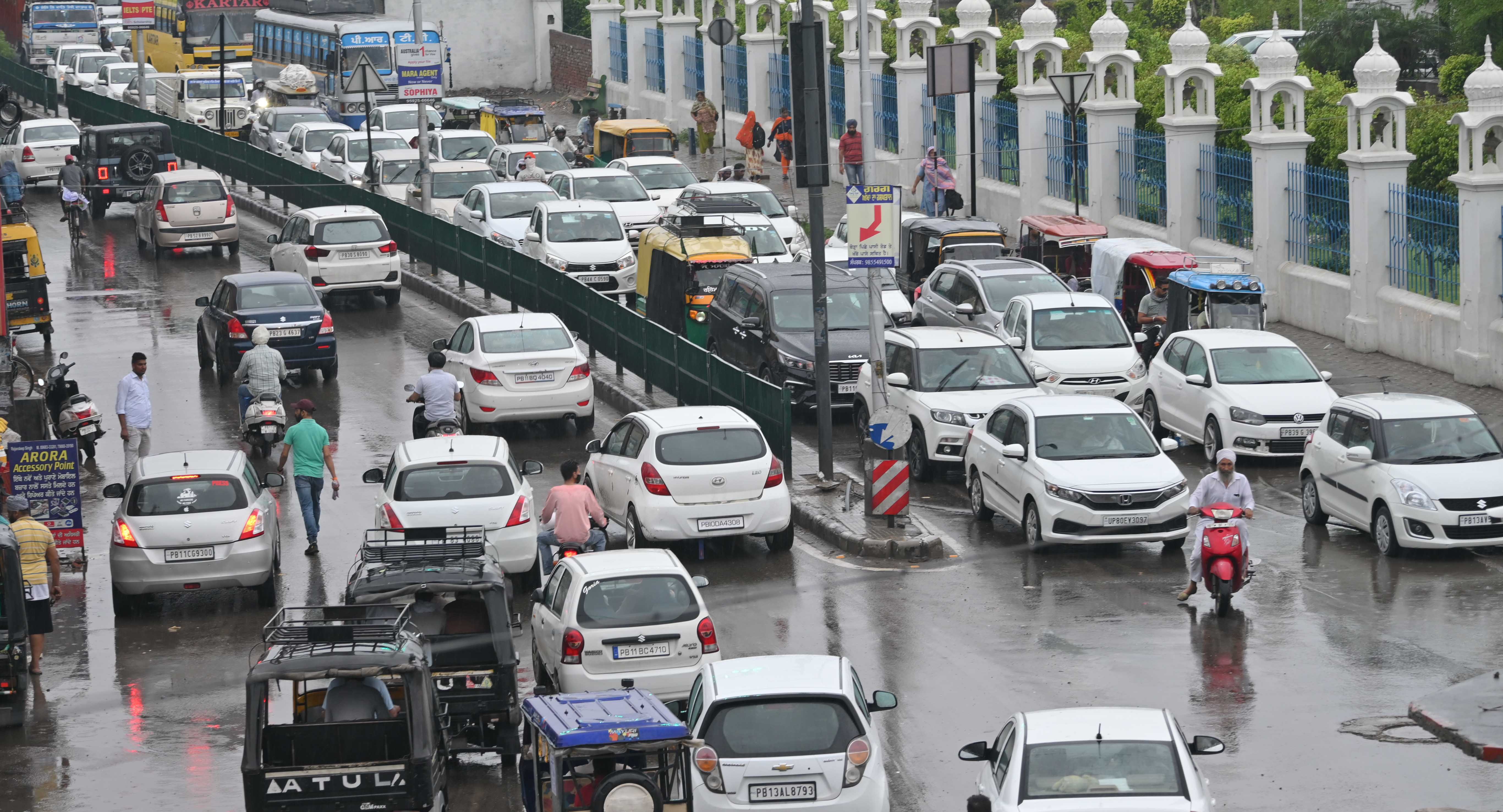 The temperature fell by over 6°C as monsoon rains lashed Patiala today.

The region received 29.5 mm of rainfall, bringing the maximum temperatures down from 33.7°C on Wednesday to 27.4°C today. Though residents faced tough time wading through waterlogged streets in the Royal City, farmers said showers were beneficial for the paddy crop.

The areas of the city that witnessed waterlogging included Model Town, Sewak Colony, Punjabi Bagh, Lehal, the Tripuri area, Police Lines and parts of Lower Mall Road. Traffic jams were reported from areas including the Bhupindra road and the Mall Road.

MC officials said earlier, rainwater used to block the internal areas of the city. “However, drains in the city were cleaned recently. As a result, rainwater receded soon after the downpour.”

“This is the paddy sowing season. Many farmers still do it in traditional ways, which requires a lot of water in fields. The downpour helped such farmers,” said a farmer on the Patiala-Nabha road.