The bike went into flames after the accident 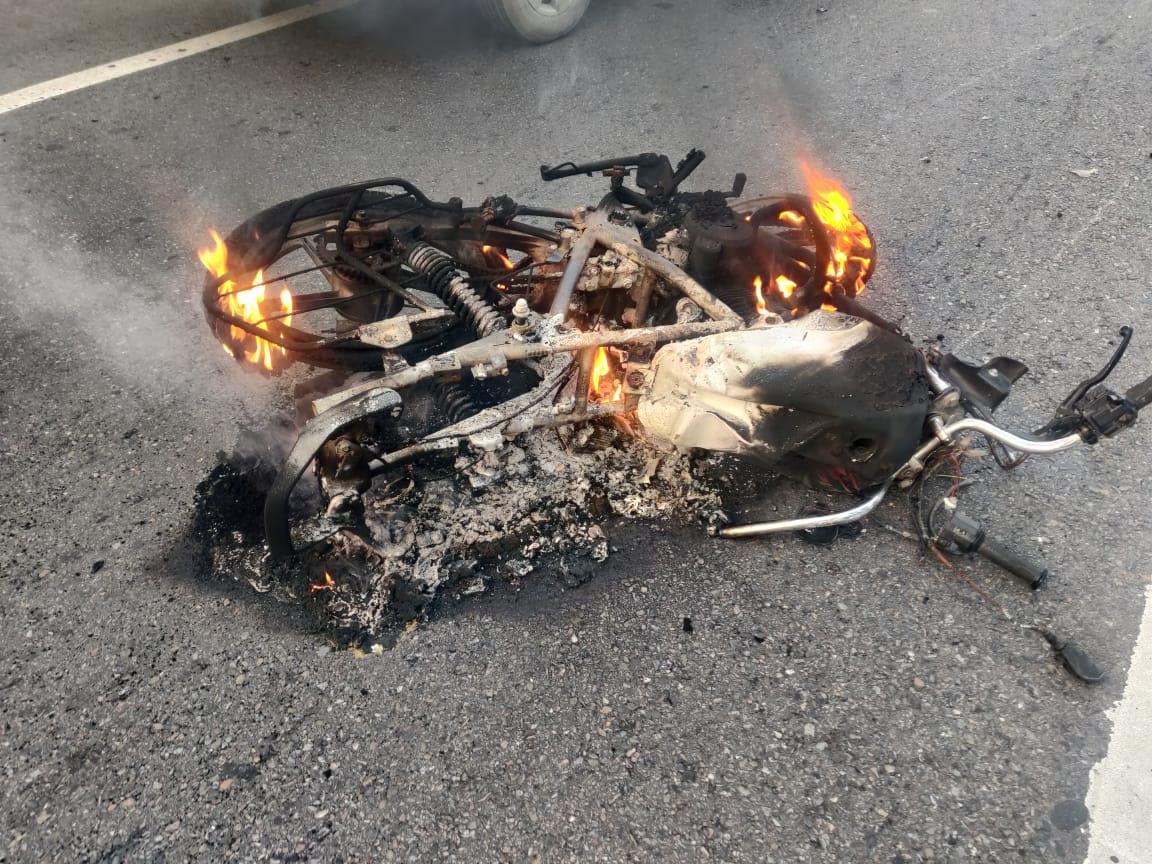 The bike went into flames after the accident. Tribune photo

In a fatal road accident, three bike-borne men were killed in a head-on collision near Dhaintal village on Patiala-Samana road, here on Monday.

Patiala police informed that four youngsters — who all were riding on a bike — collided head-on with a pickup truck, at around 5.30 pm.

The bike went into flames after the accident.

Police informed that three people died on the spot while the fourth rider — who was critically injured — was rushed to a hospital in Patiala.

The deceased have not been identified so far.