District witnesses a decline in cases, but fatalities still a concern 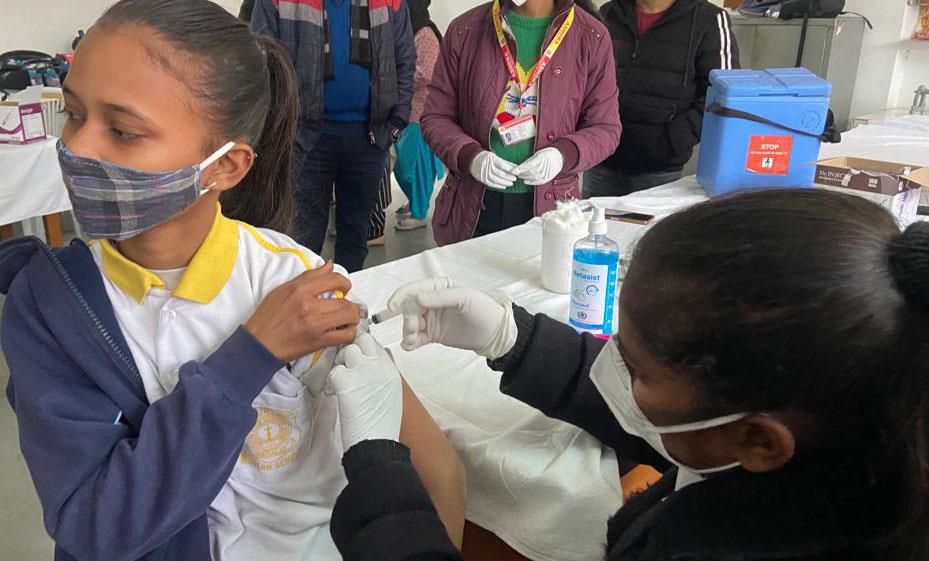 A health worker administers a dose of the Covid vaccine to a student at Modern Senior Secondary School in Patiala on Monday.

As many as 53 inmates, including one woman, in the new district Nabha jail, tested positive for Covid during a routine checking today.

Officials of the Patiala Health Department said two inmates had to be hospitalised, while rest had been isolated at the jail complex. Dr Dalbir Kaur, Senior Medical Officer, said there were reports of many symptomatic inmates at the jail, following which Covid sampling was conducted at the jail. “Two inmates, who have got comorbid conditions, have been admitted to the hospital, while others have been isolated in the jail.”

Meanwhile, officials of the Health Department said that 35 inmates had also tested positive at Patiala Central Jail. The health officials said that positive inmates had been separated from other inmates and had been isolated in a special barrack. Patiala District Epidemiologist Dr Sumeet Singh said, “If any inmate at the jail premises falls sick, he or she will be shifted to hospital for treatment.”