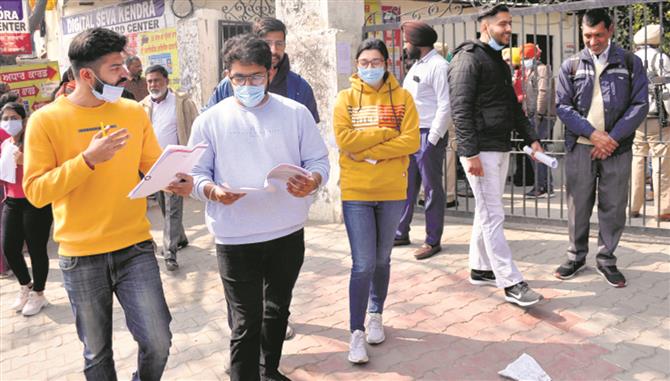 Candidates come out after appearing for the PPSC preliminary exams at Government Mohindra College in Patiala. Rajesh Sachar

The exams were conducted at as many as 171 centres across nine districts in the state for the first time.