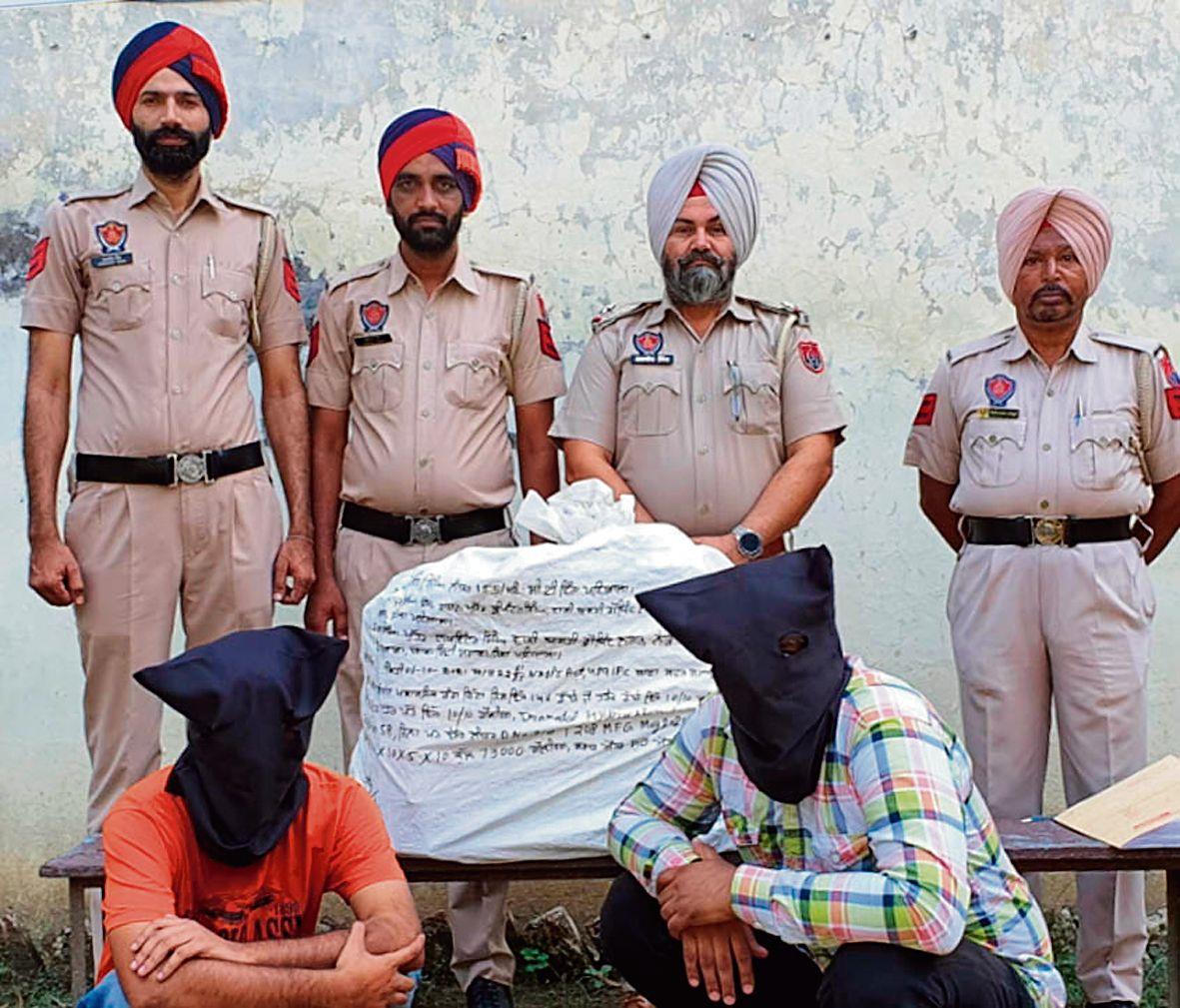 The suspects in the custody of the Patiala police. Rajesh Sachar

Garg said a team of the CT wing arrested Gurbaj Singh (30), alias Gagan, and Pal Singh (26), both residents of Samana city, on October 6. “Both were arrested and an FIR under Section 22, 61 and 85 of the NDPS Act was registered against them at the Sadar Samana police station,” he said.

The police produced the suspects in a court, which remanded them in five-day police custody. Officials said they would investigate from where the two procured the pills and to whom they sold these.

The police have also recovered a Skoda Laura car from their possession. A case of rioting was also registered against accused Gurbaj Singh.

The blaze had erupted on the 19th floor of the One Avighna P...