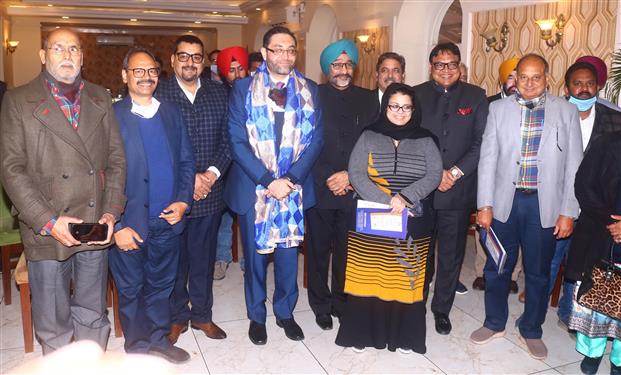 Afghanistan Ambassador to India Farid Mamundzay poses with industrialists after a meeting in Patiala on Saturday. Tribune photo: Rajesh Sachar

He said that women in Afghanistan were suffering the most — ever since the Taliban took over the country. “People are sitting at homes. They are not doing jobs. They are not allowed to go to schools and colleges,” said Farid.